Few things concern people more than the safety of their kids. That’s probably why a popular talking point adopted by the media, anti-gun organizations, and anti-gun politicians lately is that “guns are now the leading killer of children.”

For instance, Texas gubernatorial candidate Beto O’Rourke recently tweeted that “gun violence is the leading cause of death among children and teens in Texas.” 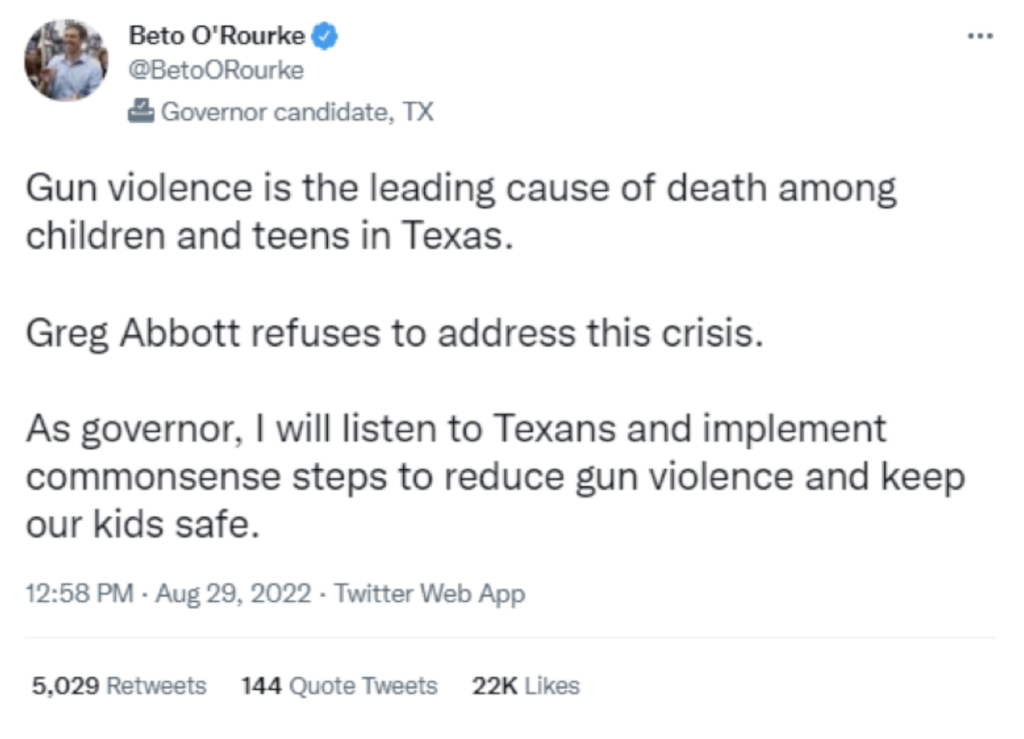 Similarly, Dr. Annie Andrews, who’s running for Congress to represent South Carolina’s First Congressional District, released an ad in which she claimed that “…guns are erasing our kids. They’re the number one killer of children in America.”

These are just a couple of examples, and no doubt countless more can be found amongst politicians and the gun control organizations that support them.

So, is what they are saying correct? Are gun-related injuries the leading killer of children in America?

If you exceed infant mortality as we’re doing, then yes…barely. Car accidents are just behind gun deaths amongst this age group — by 50 — at 2,231 per the CDC data.

To be sure, 422 children dying tragically is far too many, but that figure should be taken in its proper context. For comparison, 640 kids in that same age group drowned in 2020. Other causes of death that exceeded gun-related injuries for that age range in 2020 include suffocation (1,434) and car accidents (907).

Guns aren’t the leading killer of children under 13, nor are they even close to the top of the list.