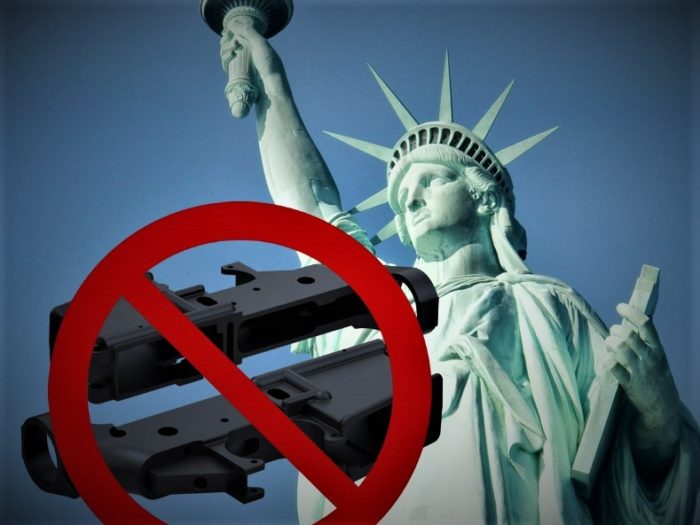 The Attorney General of New York is going after retailers selling 80% online and issuing Cease and Desist letters even though those who wish to buy and build an 80% are perfectly legal to do so as long as they comply with the New York Safe Act of 2013. Furthermore, the retailers are not in violation of any state or federal laws. Once again Anti Gun politicians are pushing their agenda on law abiding citizens while criminals will continue to skirt the laws and continue to break laws. 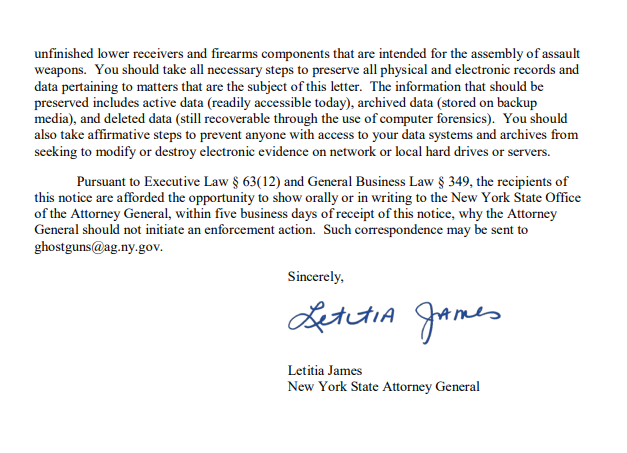 “Your website offers unfinished lower receivers that require simple milling in order to manufacture unregistered and un-serialized assault weapons, despite the fact that such manufacture and possession are illegal in New York,” the order reads. “Nor does your website adequately warn New York consumers that using these products in the manner for which they are intended and advertised could result in imprisonment and/or fines.”

The anti-gun Attorney General is not releasing the names of the websites selling the parts for fear of driving traffic to their sites. AmmoLand was able to identify one site by a screenshot of the “No FFL Required” thumbnail included in the Attorney General’s press release.

Buying and building an AR-15 from an 80% lower receiver is legal in New York state if it complies with the SAFE Act of 2013. The New York law bans semi-automatic rifles with detachable magazines and one additional listed of cosmetic features. The websites in question are not breaking any state or federal laws.

In a statement released to AmmoLand by one supplier verified that they were one of the sites targeted and said they were surprised by the order.

“We were taken aback by AG James’ cease-and-desist order and the language used in it,” the statement read. “Just as we’ve maintained since our founding, none of the products we sell are legally considered firearms by any state or federal law. More importantly, buying one of our products – in this case, an 80% lower receiver, officially called a receiver blank by the Bureau of Alcohol, Tobacco, and Firearms – and turning it into a firearm does not in any way constitute the making of an assault weapon.”

Gun owners worry that if the Attorney General is successful in enforcing this cease and desist order that it will embolden her to pursue action against other sites. They fear she will target other sites.

If the targeted sites refuse to stop advertising and selling 80% lower receivers, the parts, and jigs within five days then the James will start fining the companies $5000 for each violation of the cease and desist order. It isn’t clear what legal authority that the AG has to levy fines against companies for selling and advertising legal products.