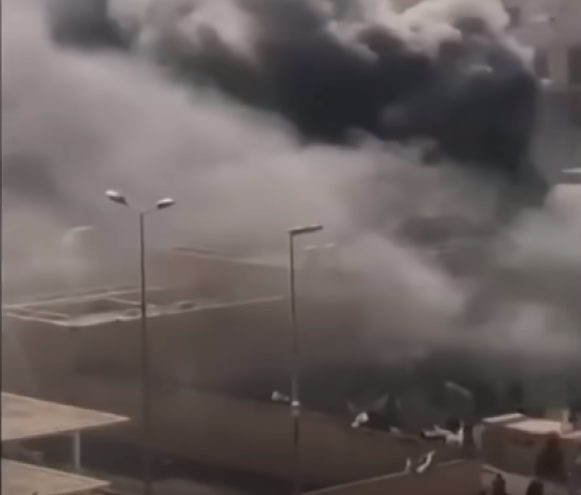 Photos posted to the People Of The Deid facebook page show the extent of the damage to the US Embassy in Iraq.

According to FoxNews photos reveal scenes of destruction inside the U.S. Embassy in Iraq’s capital one day after Iran-backed militiamen stormed the previously heavily fortified compound in protest of recent airstrikes.

The photos, released Wednesday by The Associated Press, show windows blown out and the charred remains of papers, office furniture and shelving inside the Baghdad complex.

Smoke was still seen rising from a reception room in the embassy and an embassy checkpoint was left in complete ruins from the conflagration.

Protesting militants stormed the compound on Tuesday, leading President Trump to call for an immediate response that included a surge of U.S. Marines to quell the unrest.

In a Fox News interview, Secretary of State Mike Pompeo made reference to Iranian Gen. Qassem Soleimani, the leader of the shadowy Tehran-linked militant-slash-intelligence organization known as the Quds Force.

On “Special Report,” Pompeo said there were no plans to evacuate the embassy or to pull troops out of Iraq following the attack.