Well photo shoot! Kent state allows for carry on campus but only for guest and not students. After her graduation Kaitlin Bennett Posed on campus with her AR-10. You may ask why she looks familiar? Well she has gone Viral before with this video from facebook.

Why do so many students support gun control when they know nothing about guns??Like our page if you want to see more videos like this!

A conservative woman who recently graduated from Kent State University has received threats after she took aim at her school’s anti-gun policies in a photo shoot where she carried an AR-10 and wore a cap that said, “Come and take it.”

Kaitlin Bennett, a 22-year-old Second Amendment supporter from Zanesville, Ohio and founder of Liberty Hangout at Kent State, a student media outlet that promotes libertarian values, posed in front of the Kent Student Center for the tweet that has gone viral.

Now that I graduated from @KentState, I can finally arm myself on campus. I should have been able to do so as a student- especially since 4 unarmed students were shot and killed by the government on this campus. #CampusCarryNow pic.twitter.com/a91fQH44cq

“Now that I graduated from @KentState, I can finally arm myself on campus. I should have been able to do so as a student – especially since 4 unarmed students were shot and killed by the government on this campus. #CampusCarryNow,” she posted on Twitter Sunday. 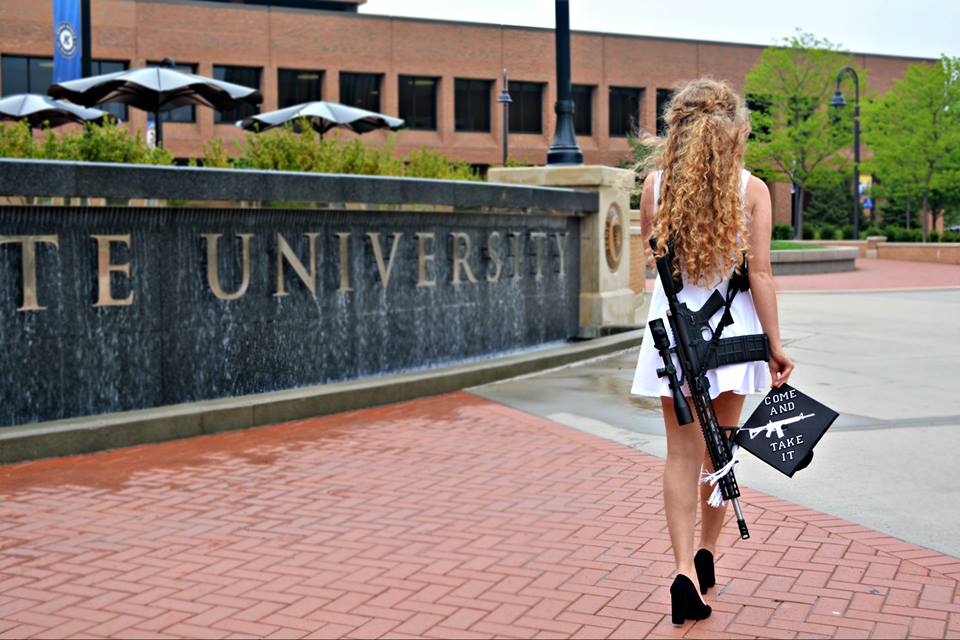 “I wanted to draw attention to the gun policies on campus that allow guests to open carry, but not students,” she… 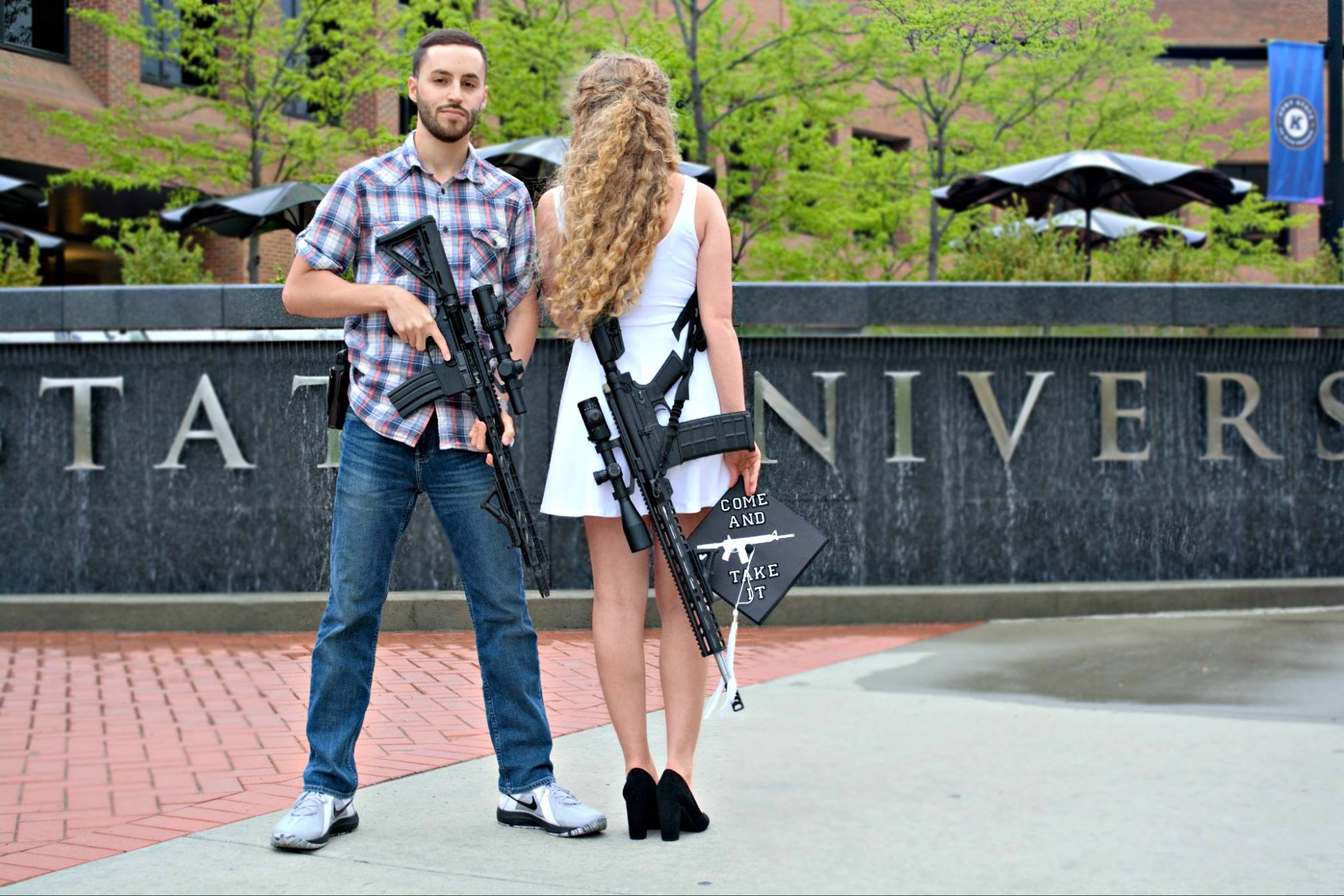 Of course after doing this she has received threats. What gets us is the Anti gunners are only reinforcing the reasoning as to why we have and NEED our 2nd amendment rights. How you might ask? Every time they ask us why we need a gun we can point to situations like this. Where the anti gun psychos threaten pro 2nd amendment supporters with death, violence or physical harm. Of course it was a bunch of cuck beta males that were triggered and had to resort to attacking a female for excercising her rights.

So with people like this running around your damn right we keep a firearm with us or in our vehicles at all times. Quite honestly this photoshoot is awesome and brings attention to some serious issues that need to be resolved. Gun free zones are death zones and need to be done away with! Good on her for standing for what she believes in!