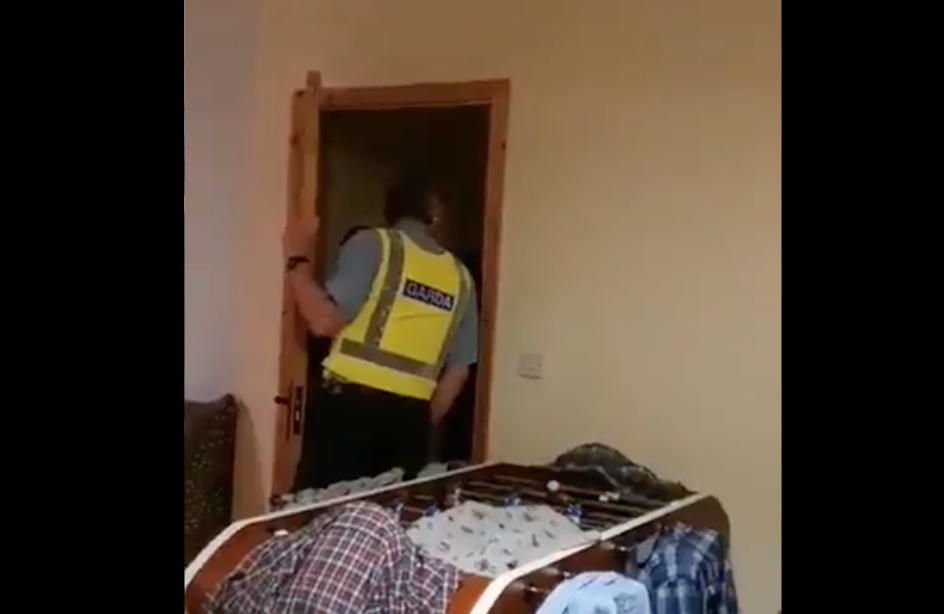 The local Garda or Irish police, barged into a Catholic Mass in Athlone, Ireland last weekend and shut down the service. As you can see from the video, the congregation was sitting rows apart, and even by crazy Dr. Fauci’s standards were likely not in danger of infecting others in the church.

One man in the congregation, later identified as Pat Sweeney, decided to film the assault on this Catholic service by the state.

A couple of nights later local Garda stormed the man’s home at 3 in the morning and took his children away.

What looks like a Garda Superintendent says "We have dealt with you with the utmost dignity here tonight". pic.twitter.com/GBu0VIh0C0

Then the garda took the man to the police station. They told him they were worried about “his” mental condition.

This is the tyranny sweeping the West today.

VIDEO From The Mass Shutdown