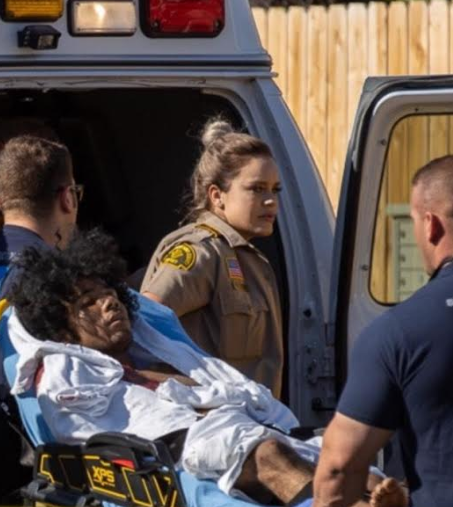 EDITOR NOTE:  The Title of this article has been changed to better relay exactly what happened in the article, Tactical Shit Apologizes for any confusion the previous title caused 9/5/19.1005am

A San Bernardino Sheriffs deputy and Instagram model was shot at after a struggle for her gun. The suspect was shot by responding deputies! CBSLA reports that San Bernardino County Sheriff’s deputies shot and wounded a suspect in a Victorville neighborhood Wednesday morning after dramatic cell phone footage captured the moment the suspect seized a deputy’s handgun away from her during a scuffle and then opened fire with it.

The female deputy was not wounded by the suspect’s gunfire, but she was taken to a hospital for non-life-threatening injuries she sustained during the struggle, the sheriff’s department said.

According to the San Bernardino sun the Cabazon Court confrontation was captured in a video that showed a deputy fighting for her life. It opens with a man and the deputy trading punches. The deputy falls on her back, her right armed raised with her gun in the hand. A shot goes off as an unknown woman screams and a woman in a pink outfit walks by.

The suspect then appears to hold down the deputy’s arm with both hands. Another shot is fired. The deputy gets up and quickly moves out of view to the right. The suspect stands up, extends his right arm and fires a gun in the direction in which the deputy fled.

He walks to his right, and as three sheriff’s SUVs roll up with sirens screaming, the suspect puts his hands up with the gun still in his right hand, pointing up. After that, his actions are obscured by the trees between the suspect and the person taping the video. Two shots of unknown origin can be heard. What sound like voice commands can be heard. About a dozen shots ring out. The suspect falls after about the eighth round.

UPDATE:Condition of deps. 13000 block of Cabazon Ct – deputy sustained non life threatening injuries, which were not the result of gun fire. Deputy was transported to an area hospital for treatment. 15000 block of Heatherdale Rd – no deputies injured. Investigations ongoing.