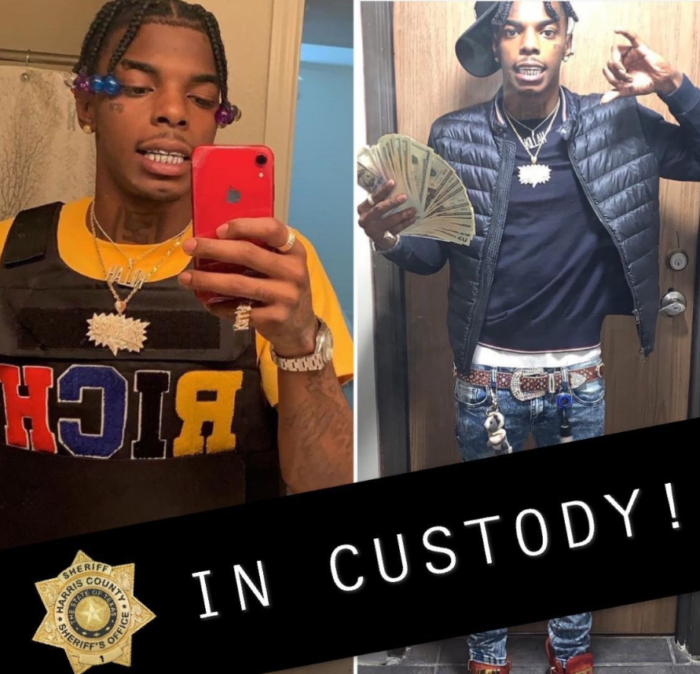 A mother wont be spending the holidays with her family after this piece of shit killed her during a traffic stop. Luckily her brothers in blue caught the bastard.

The Major put out a series of tweets asking for the publics help in locating the suspect.

Officer Sullivan was a mother, daughter, & friend; her family will now spend the upcoming holidays without her because of him. #EnoughIsEnough pic.twitter.com/wKg7qLJW69

According to Foxnews A rapper who goes by the alias “Killah Dre” was arrested Thursday in Texas for allegedly striking and killing a Houston-area police sergeant with his vehicle while fleeing a traffic stop this week, according to a report.

The Harris County Sheriff’s Office said 21-year-old Tavores Henderson was taken into custody without incident at a home in Houston.

Nassau Bay Police Sgt. Kaila Sullivan was assisting in a traffic stop at an apartment complex Tuesday night about 25 miles southeast of Houston when police discovered that the driver, later identified as Henderson, had an outstanding warrant for assault.

Henderson broke free from police as he was being handcuffed. Authorities alleged that he fled in his vehicle and struck Sullivan, who later died at a hospital.

The suspect, who has a history of weapons charges and violence, is facing a felony murder charge in Sullivan’s death, but authorities have said it could be upgraded to capital murder…

Let me try this again in a more politically correct manner…watch the #Instagram video posted by the COWARD @therealkillahdre1 who murdered Officer Sullivan & his bragging about how cash bonds can’t keep him in jail. #HerLifeMattered pic.twitter.com/t9mU4tO5fV