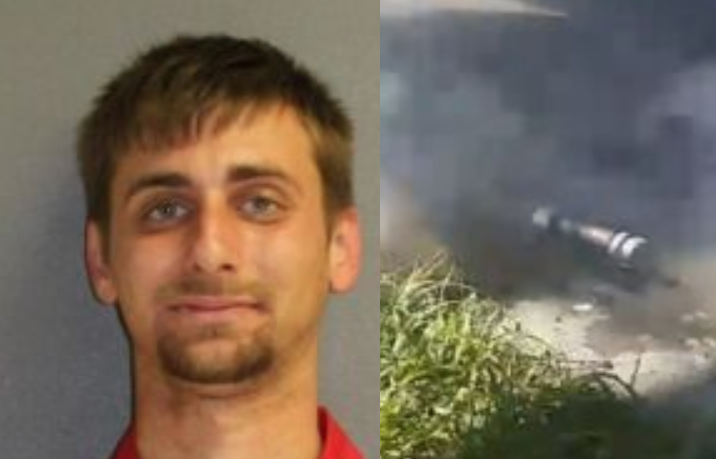 Florida man does it again! In an attempt to add new tricks to his superhero arsenal Florida man tried to employ the one piece of equipment that almost every hero uses. A smoke bomb… however it backfired. Literally and ended up jettisoning into his neighbors yard causing a panic and evacuation which Led to the police being called. Hes now facing Destructive Device charges.

According to FoxNews Florida man’s alleged explosive experimentation went up in smoke this weekend after a Facebook video in which he reportedly ignited a homemade pipe bomb was viewed by deputies who promptly arrested him.

Christopher Green, 25, of Orange City, was charged with making a destructive device using stump remover, sugar and a small metal pipe in connection with Saturday’s incident, which spurred a minor evacuation after a projectile landed in a neighbor’s yard. No one was injured.

Deputies arrested Green after questioning him and viewing the video on his Facebook page, the Volusia County Sheriff’s Office said in a news release.

“The video showed Green concocting a pasty substance in a pot on his kitchen stove, then going outside and lighting the pipe with the substance in it,” the news release said. “After a few seconds, the pipe took off and flew away.”

Don’t make explosives folks… To be fair those are the ingredients for a smoke bomb that and if it was a bomb he probably would not have been standing in such close proximity but hes lucky that pressure didn’t build up more than it did for having such a small exit.