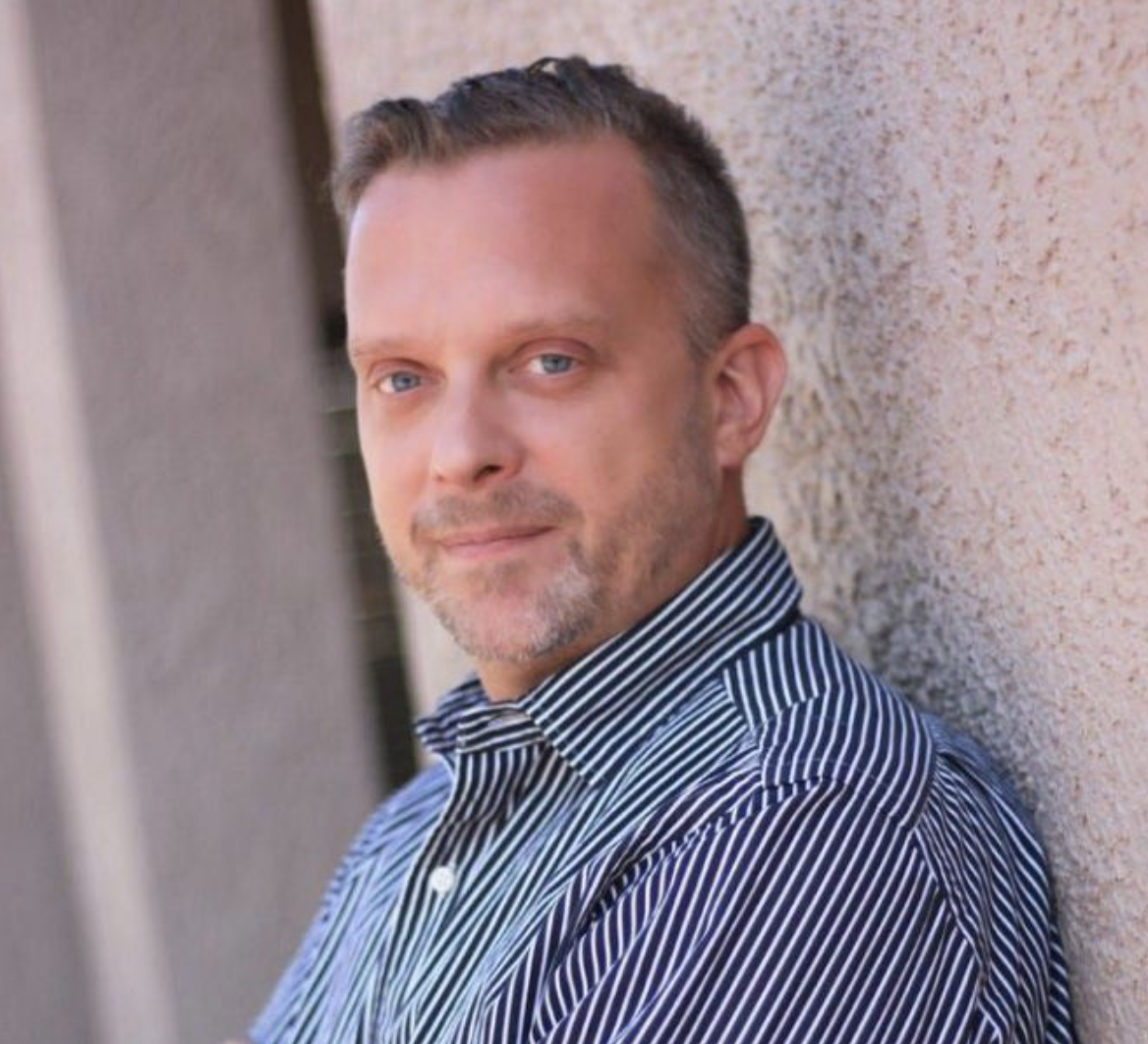 According to Yahoo news

Agents spying on Sinaloa Cartel associates traced two of their high-powered, semi-automatic rifles to a surprising source – a supervisor with the U.S. Drug Enforcement Administration.

Joseph Michael Gill, tasked with rooting out traffickers amid America’s deadliest drug crisis, likely helped arm them during some of his 645 sales transactions on Gunbroker.com, according to court records.

The veteran lawman – previously trusted to lead a team of about a dozen agents – even advertised on Gunbroker and Backpage websites using his government-issued phone number.

In a rare interview in February, Gill talked to The Courier Journal about the scandal and his ensuing 2018 resignation from the DEA, halting his 15-year career.

Gill insists he did nothing wrong and said his case highlights a collision of overzealous regulators and ambiguous gun laws. The prosecutor says Gill knowingly evolved into a prolific gunrunner and his crimes are more indicative of how Americans, driven by greed, help arm dangerous criminals in the U.S. and cartels across the border.

“Cartels need firearms to support their business,”said Scott Brown, special agent in charge of Homeland Security Investigations in Phoenix. “When they find people that are either willing to flagrantly violate the law or skirt the law or not practice due diligence, that is enabling the cartels to be armed and to have a destructive impact both in Mexico and the U.S.”

At least 70% of weapons seized in Mexico – including many guns used by cartels in massacres – were made in or came through America, according to the U.S. Government Accountability Office. Some officials in Mexico and agents in the U.S. suspect the actual percentage is much higher.

But Gill contends his case was “very political and not fair. If I wasn’t a DEA agent, I would never have been targeted the way that I was.”

“The 645 items that I bought or sold were mostly firearm parts and accessories, not all firearms,” he said of his Gunbroker.com sales that took place from 2000 to 2016. “I was always changing out holsters, sights, optics, tactical gear.” 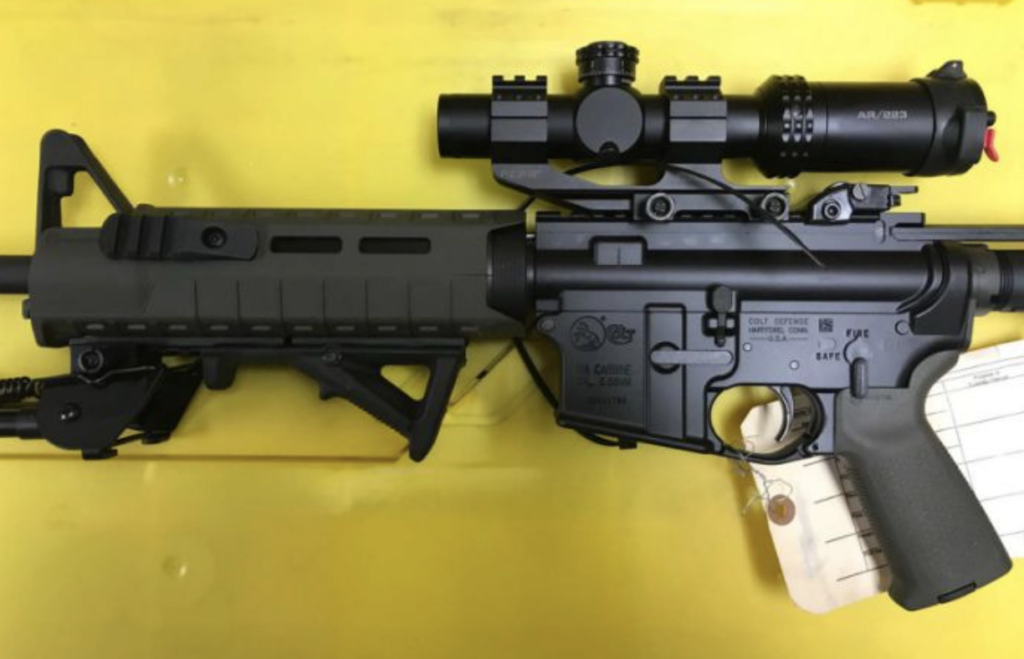 Gill pleaded guilty in federal court in 2018 to one count of dealing in firearms without a license involving the sale of the two rifles – guns that originated in Kentucky – to the cartel associates and a third Mexican-bound rifle. He now insists he sold the three guns legally and only pleaded guilty because defending himself at trial could have cost more than $200,000.

“It wasn’t political,” said Smith, who is now in private practice. “He broke the law. It’s a serious crime. That’s one of the ways bad guys who aren’t supposed to get guns get a hold of them, by getting them from people who don’t play by the rules — like Mr. Gill.”

Gill admitted to selling a semi-automatic rifle to a young man July 27, 2016, and, the next day, selling the same type of gun to Mauricio Balvastro, who identified himself to Gill as the young man’s “associate.” Both are alleged drug traffickers and associates of the Sinaloa Cartel, Brown told The Courier Journal. It’s a type of gun used by many SWAT teams and U.S. soldiers.

Gill said he didn’t know the men were suspected drug traffickers and he did all that is legally required, checking the buyers’ drivers’ licenses, and verifying they were of legal age and lived in his home state of Arizona.

Both buyers paid $1,000 for guns Gill bought online the month before for $632. That’s a 60% markup and a red flag. It’s commonly known by police – and the Bureau of Alcohol, Tobacco, Firearms and Explosives warns about it on its website – that buyers who are willing to overpay might not be allowed to buy guns or don’t want to create a paper trail.

Brown called Gill’s crimes “disturbing.” Balvastro “was involved in the importation of a significant quantity of narcotics and distribution of those across the border and then to the East Coast, particularly the Philadelphia-Baltimore region.”

Border agents confiscated one of the rifles Gill sold to the alleged drug traffickers in the small border town of Nogales, Arizona, according to court records. It was on its way to the burgeoning city of Nogales in Mexico, territory long controlled by the Sinaloa Cartel.

Smith, then an assistant U.S. attorney, urged a federal judge to send Gill to prison for 18 months for selling “large numbers of firearms to whomever would purchase them — without conducting any background checks and while ignoring red flags,” according to a 14-page motion filed in U.S. District Court in Tucson.

In court motions, the prosecutor pointed to several text messages by Gill to potential buyers, whom he sometimes met in mall parking lots, offering to sell rifles and more: “If you want another one of the colt m4’s (sic) let me know. I still have one left. I also have some handguns and a Remington 870 police shotgun.”

Gill’s attorney, Jason Lamm, successfully lobbied for leniency, arguing in his motion that Gill committed a regulatory offense, “not an act of moral turpitude.” He pointed to his client’s accomplishments, including a DEA Exceptional Performance Award for toppling drug rings and pill mills a decade ago in and around Miami.

Lamm argued that Gill, now a convicted felon, is “being labeled a virtual pariah and an outcast from his brethren” in law enforcement, so a sentence of probation “still leaves the defendant with an ostensible Scarlet Letter for the rest of his life.”

In 2019, the judge opted for leniency, ordering Gill to remain on home detention for six months, perform 500 hours of community service and remain on probation for five years.

Gill told The Courier Journal he’s not really scathed by his critics.

“I am still friends with many agents and talk to them regularly,” he said earlier this month. “Those who judge me and shun me, to hell with them.”

Gill hit the radar of agents with Homeland Security Investigations in 2016 when they were monitoring drug traffickers’ phone calls through a wire tap.

Investigators were focused on nabbing Balvastro, a fugitive charged with drug trafficking in Arizona. He is accused of playing a key role in a drug ring blamed for bringing in millions of dollars’ worth of heroin, cocaine and marijuana, Brown said.

In 2016, investigators overheard Balvastro and his associate discussing buying guns from an internet seller. An HSI agent called the seller’s number and was surprised to learn it was a DEA supervisor.

Gill had bought three identical Colt Model M4LE rifles online June 12, 2016, from Buds Gun Shop, a licensed gun store in Lexington. He had the guns shipped across the country to Brown Family Firearms in Sahaurita, Arizona, 18 miles south of Tucson. He sold two of them to Balvastro and an associate a month later in Tucson.

One of the guns was stopped by border agents, but one made it into Mexico, where it was later seized.

The third gun was found in Gill’s home in Arizona when police confiscated 28 guns and several silencers.

They learned that in December 2012, Gill applied for a Federal Firearms License — required when selling guns for profit — but withdrew his FFL application with the ATF.

employment,” Gill said. “I never formally asked DEA for approval; I read it in the policy manual that it was not permitted, and that is when I withdrew my application.”

Gill decided he didn’t need the license and continued to sell guns and gun parts as a “hobby” without it. He sold 50 guns from 2012-2016, according to court records.

DEA officials declined to discuss the case or Gill’s tenure.

Derek Maltz, who retired from the DEA after overseeing Special Operations and wasn’t associated with Gill’s case, said the DEA doesn’t want agents selling guns, which creates a conflict of interest.

“A supervisor in the DEA should know better about selling guns by the border,” he said.

“The cartels are very notorious for buying guns in America and shipping the weapons down to the cartels to be used for very violent acts.”

Investigators also discovered that from 2011-2018, Gill bought 13 firearms subject to the National Firearms Act – specially regulated because they’re more dangerous. During this time, he sold about 100 firearms on Gunbroker.com.

Gill blamed Homeland Security Investigations for what he considers his unfair prosecution.

“HSI was up on a wiretap/T-III (not on my phone) and knew of the two rifles I sold,” Gill said. “They allowed one of the AR-15s to cross into Mexico and did not stop it when they could have.

“Based on that event, in my opinion and 15 years as a federal agent, they decided to charge me to take the potential heat, focus off of them.”

Brown, in charge of HSI agents in Arizona, said Gill’s assertions are unfounded.

“We do not allow weapons to cross the border,” the supervisor said. “We do everything we can to stop that.”

Gill also took aim at the ATF, saying they simply could have issued him a cease-and-desist order to stop selling firearms.

ATF spokesman Andre Miller declined to comment about Gill’s case, but pointed to the bureau’s 15-page online guide, “Do I need a license to buy or sell firearms?” It cautions gun sellers: “As a general rule, you will need a license if you repetitively buy and sell firearms with the principal motive of making a profit.”

Terry Clark, who retired as ATF’s chief of violent crime intelligence, said federal prosecutors don’t always prioritize charging illegal gun sellers due to limited resources and Gill likely was prosecuted because he worked for the DEA.

“Was he ‘targeted’ because of his status? Of course he was,” said Clark, a lawman for 27 years who wasn’t involved in Gill’s case but spoke from his experience.

“And I would say it’s a good thing. Public servants should be held to a higher standard.”

Gill pointed to vague gun laws, saying they don’t specify the number of guns sold during a defined period of time that would necessitate a license.

“The laws could be written better,” Clark admits. “There’s not a specific number that tells you: You need a license to sell three guns but not two.”

Regardless, he said Gill’s sales greatly surpassed any gray area. “It’s obviously a source of income.”

Gill told The Courier Journal he sold more than 200 guns, but those sales were spread out over 23 years.