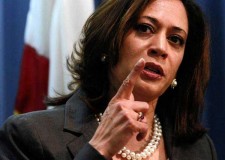 THE THING THAT A LOT OF POLITICIANS DO NOT REALIZE IS THAT THE OFFICE THAT THEY HOLD IS NOT A TICKET TO COMMIT AS MANY CRIMES AS THEY SEE FIT.

Anyone can be brought down, and it doesn’t just have to be for things that they did while they were in office. If you have done something before you were sworn in, you need to be held to account for those things.

Many on the right believe that it is time for the left to get a taste of its own medicine. Calls to impeach Kamala Harris have been increasing on the right after new information has come out regarding her disastrous decisions during the riots.

For too long, conservatives have played by the rules while the left does whatever they want. Many are now calling for Republican elected officials to adopt the tactics of the left, and impeach Joe Biden and Kamala Harris for their crimes. After all, while President Trump has been impeached twice with literally zero evidence, there is plenty of evidence against Biden and Harris.

These calls to impeach Harris come soon after the announcement of Joe Biden‘s pending impeachment in the House, as newly-elected Georgia Representative Marjorie Taylor Greene has revealed that she plans to file articles of impeachment.

Representative Greene discussed her plans in an interview with Greg Kelly on Newsmax.

“I would like to announce, on behalf of the American people, we have to make sure that our leaders are held accountable. We cannot have a president of the United States that is willing to abuse the power of the office of the presidency, and be easily bought off by foreign governments, foreign Chinese energy companies, Ukrainian energy companies. So on January 21st, I will be filing articles of impeachment on Joe Biden,” she said.

“How is that gonna work? You are a freshman, you’re in the minority, what will happen next? Is this symbolic? Or can you really do something about this?” Kelly asked.

“Well, like I said, I’m a big believer in having people in office that are actually willing to do the job, and I can’t imagine people in this country being so fearful of a future of a Biden presidency that they may be willing to commit violence like they did in the Capitol here in Washington, D.C. We cannot have that, I do not condone that violence. The American people need hope. They need to know that there are Republicans in Congress that are willing to stand up and fight for them, regardless of being in a minority, regardless of having all odds against us,” Greene replied.