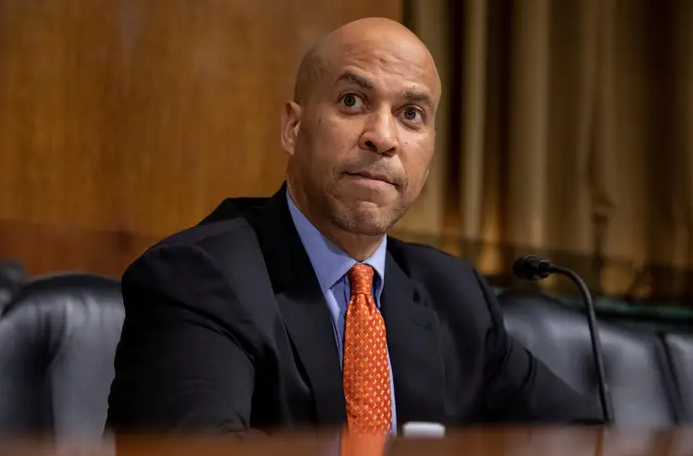 Sen. Cory Booker (D-NJ) introduced new legislation today that would end the Second Amendment as we know it.

This legislation would, if signed into law:

Booker’s bill would put the A.G. in charge of approving who gets to purchase a gun and who doesn’t.

That means the politically-connected and corrupt government officials might be granted licenses. But literally everyone else could be completely sh*t out of luck.

That’s because this legislation is designed to give the government the ability to flat-out deny all gun purchases and transfers, ending the Second Amendment as we know it.

This legislation is one of the most blatant, vicious attacks on the right to keep and bear arms ever introduced.

It’s Licensing, Registration and Confiscation all rolled into one bloated, disgusting bill!

And unless every single member of the Grassroots Army takes IMMEDIATE action, this bill could actually stand a chance at passing.

That’s because unlike anti-2A bills introduced during the Trump Administration, this legislation will be considered by a 50-50 Senate.

All it would take to literally end the Second Amendment is Sen. Joe Manchin (D-WV) voting yes, and Kamala Harris would happily cast the tie-breaking vote.

If a single Republican like Romney or Collins votes yes on this legislation, it’s over. And don’t kid yourself, after Buffalo, the pressure will be RELENTLESS on both Republicans and Democrats to back this unfettered treason.

That’s why we’re calling on you to help FPC mobilize against this bill RIGHT NOW by digging deep and making your most generous donation.

Thomas, Booker and his cronies will lie to you and say that if you’re not a criminal, you will be granted a license.

But that’s a bald-faced lie. And even if they did permit you to apply for this farce of a “license,” you’d have to give away ALL your privacy, submit to rigorous and burdensome “training,” and they could STILL deny you a license if:

And even supposing you were granted a license, you’d have to obtain a separate license for EACH GUN YOU BUY! And you would be required to purchase that firearm within 30 days of the license being granted.

So let’s face it, this bill is nothing more than an attempt at denying your right to purchase a gun, forcing registration of your guns, and opening the door to ATF fascists to come and take your sh*t!

Sen. Booker has literally declared WAR on the American people, on you, and on your entire family for generations.

That’s why we will not rest until this existential threat to liberty is EVISCERATED. And we hope you’ll stand with us in fighting back.