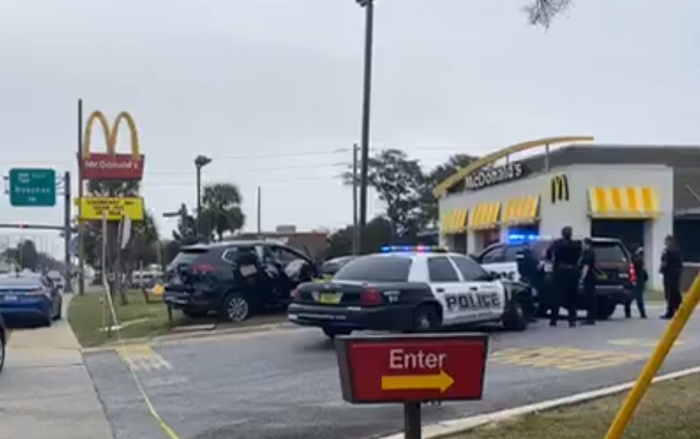 A gun battle has errupted in Pensacola, Fl. Pensacola is the home to Pensacola NAS which experienced an active shooter back in December.

One car has crashed at McDonalds. Officers and K-9 are in the area on foot looking for two suspects who ran from the crash scene. If you live in this area, lock your doors and report anyone suspicious. Officers also seeking a black Lexus that fled the scene.

WKRG Reports Pensacola Police say people in cars were shooting at each other in the area of 9th and Cervantes Street. Police ask everyone to avoid the area while they investigate.

Pensacola Police say the shootout happened around 3:00 p.m. It involved two cars and at least four people. The gunfire started on A street ended on 9th Avenue and Cervantes Street after one of the vehicles involved crashed outside of McDonalds. The suspects are still on the run.