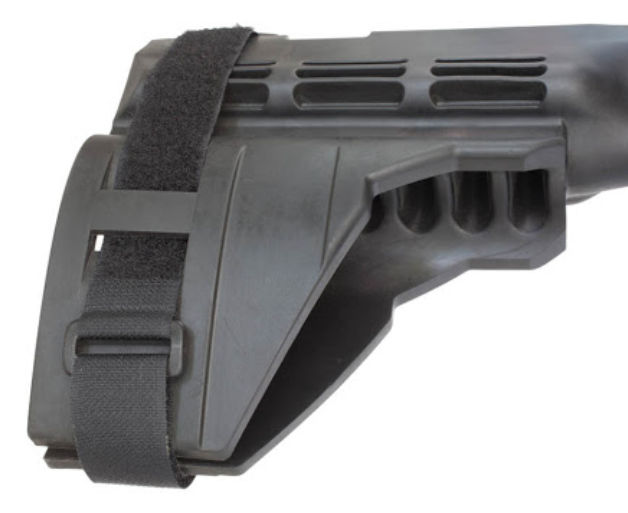 On Monday, the Bureau of Alcohol, Tobacco, Firearms, and Explosives (ATF) released its proposed rule on pistol braces.

It starts by saying that any brace that the manufacturer intends to be fired from the shoulder will be considered a short-barreled rifle (SBR) and subjected to the National Firearms Act (NFA). The document further creates a points system that would allow the ATF to make most pistol braces SBR.

The maximum length of a pistol would be 26 inches. That would make any AR15 style pistol with a barrel over seven inches an SBR regardless of any other determination features. The measurements of a seven-inch AR pistol from the rear of the buffer tube to the front of the gun are 25 inches.

“Given the public interest surrounding these issues, ATF is proposing to amend the definition of ‘rifle’ in 27 CFR 478.11 and 479.11, respectively, by adding a sentence at the end of each definition. The new sentence would clarify that the term ‘rifle’ includes any weapon with a rifled barrel and equipped with15 an attached ‘stabilizing brace’ that has objective design features and characteristics that indicate that the firearm is designed to be fired from the shoulder, as indicated on ATF Worksheet 4999.”

Even if a manufacturer’s product scores under four points, the ATF could determine that the company is trying to circumvent the NFA. The ATF could choose to charge the company with a crime. This power could discourage companies from selling braced pistols even if the ATF rules it is a pistol.

The ATF firearms like the Mossberg Shockwave and the TAC-14 will be considered Short-Barreled Shotguns (SBS). There is no way to get any “shotgun-based” guns that could make it through the new regulations.

The first choice is turning the guns into the ATF. The ATF says this choice would be at “no-cost” to gun owners. This move is gun confiscation. The second choice would be to install a barrel that more than 16 inches long. The third choice is to pay a $200 tax stamp and register it as an SBR. The final option would be to modify the brace and not sell it to anyone in the future.

More confusingly, if a firearm has flip-up sights, then the ATF would give that gun one point towards becoming an SBR. The ATF would assign a gun with a red dot two points. The ATF doesn’t see why a shooter would use a red dot pistol on a pistol.

The ATF encourages all companies to resubmit their sample firearms to the ATF’s Tech Branch to be reexamined. It would cost the companies thousands of dollars for almost no chance of getting another determination letter stating that they can sell their gun as a pistol.