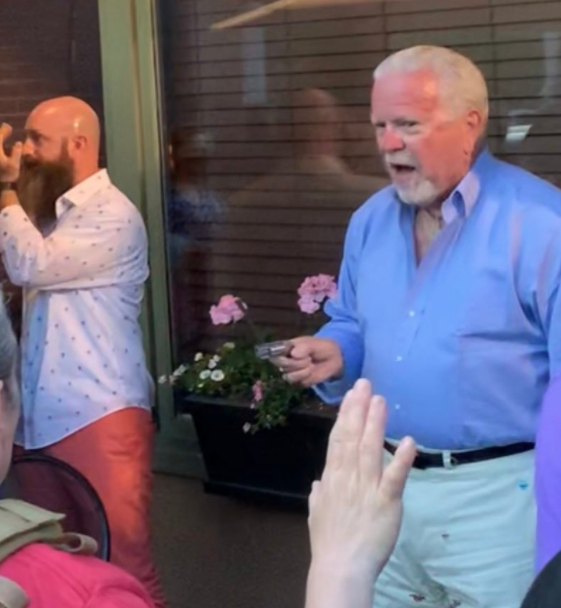 The patrons were having none of it as they faced the mob and taunted them like, ‘Come on, Let’s go!” 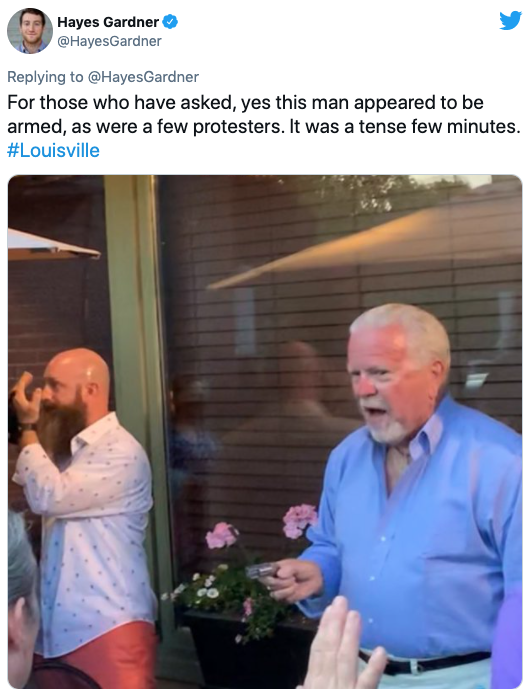 At least one of the BLM-Antifa protesters was armed, too!

Some tweets are coming out of Kentucky tonight indicating BLM and Antifa are in full force again.  It’s spring so the rioters are gonna riot.  Noticeably none were wearing Trump hats.

What was amazing was the patrons of the restaurant were having none of it with at least one saying to the goons something like, ‘Come On, Let’s Go’.

Confrontation between patrons at La Chasse and protesters. pic.twitter.com/iUFKA9zWvY