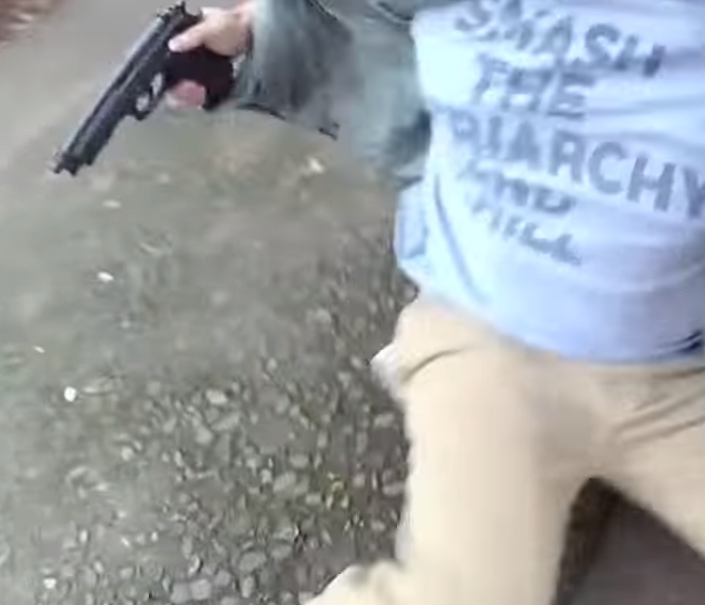 Eugene police were called to a school in eugene oregon over a custody dispute. When the officers attempted to escort the man outside he produced a gun and a struggle ensued. Charles Frederick Landeros was shot and killed outside the school. Many media sources are leaving out a few inconvenient facts though.

After doing some digging it was found that Mr. Landeros was a member of antifa and According to NBC News had a backpack full of ammunition. These officers very well could have stopped an active shooter that day!

According to the Daily Emerald, Landeros, who used they/them/theirs pronouns, led a student protest in October 2017 that disrupted UO President Michael Schill’s state of the university address. Landeros and other protestors characterized Schill as a CEO and said that the purpose of the protest was to “empower marginalized students on campus.”

Landeros was a member of Community Armed Self Defense, a group that was created as a “new liberatory and inclusive space for all oppressed peoples to learn about armed self-defense,” according to the group’s Facebook page, which is no longer publicly available on Facebook

The rabbit hole just kept getting deeper though as Antifa Pages started making post in regards to the shooting. 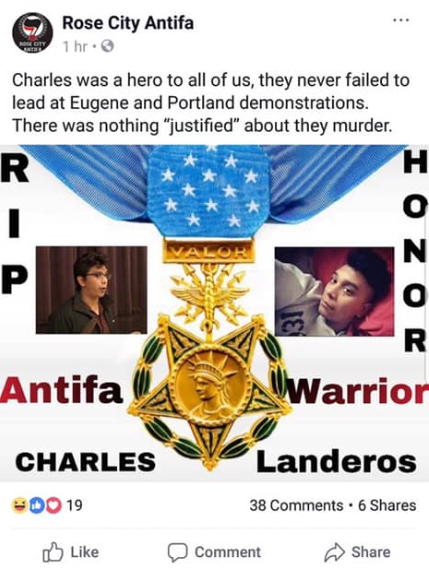 You can see the video below!