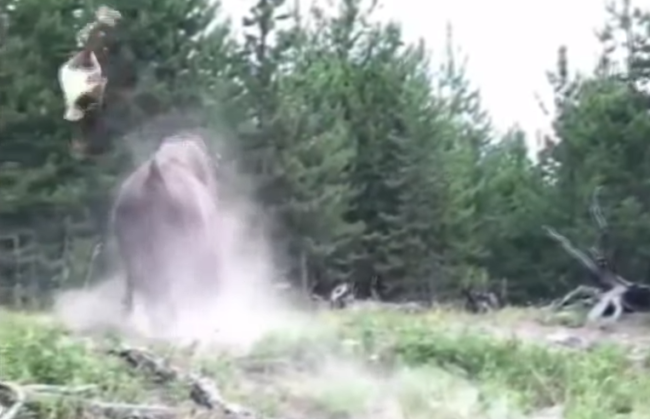 Every seen the parents at the zoo dangling their toddlers over the fence for the large cat exhibits… or hyenas… or bear enclosures… the list goes on. It doesn’t even seem like it was that long ago someone dangled their child over a gorilla exhibit. Well some parents in yellow stone took it to a whole new level and got as close to the animals as possible as you can imagine wild animals are not a fan of people and ultimately their 9 year old daughter paid for it.

…and it would appear the only two adults nearby yeeted clear of the charging animals abandoning the child in the process. According to the Bright several tourists have been charged at or gored by bison, which are considered the most dangerous wildlife in the park. More often than not, humans provoke the animals by coming too close, according to a study published in January. Tourists have also attempted to pet the bison, and one family put a baby bison in their car because they thought it looked cold.

In the Monday news release, officials again reiterated the importance of maintaining a safe distance from wildlife. Tourists should stay 25 yards from large animals such as bison, elk, deer and moose, and at least 100 yards away from bears and wolves.

Either way you can view the video below