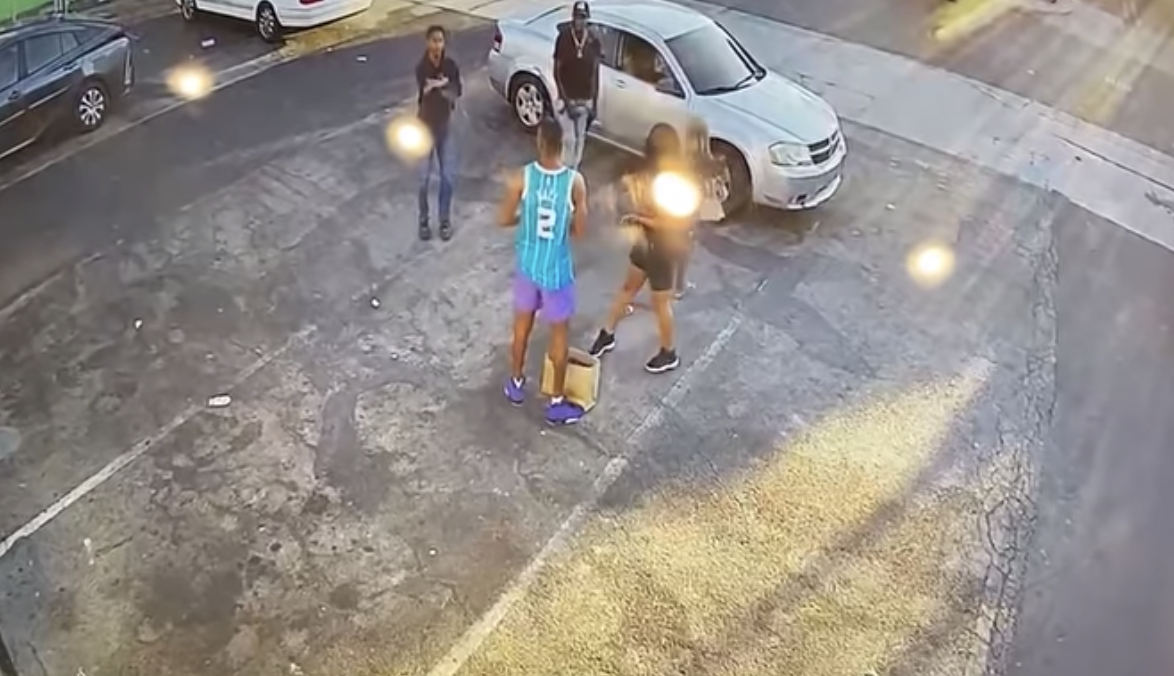 A man armed with a handgun defended himself during an attempted robbery in Los Angeles, and left two suspects with bullet wounds to the legs, police say.

“Words were apparently exchanged, and the victim ultimately produces a handgun, apparently to defend himself and others in his group from the would-be robbery suspects. The victim fired his weapon towards the suspects and then all parties immediately fled the location,” the Los Angeles Police Department recounted in a press release Tuesday.

The attempted robbery unfolded Monday on Melrose Ave. when two men exited an idling Dodge Avenger, with one of the men producing a handgun.

Video footage shows the men confronting a man with a shopping bag and two women who were standing on the parking lot.

The male victim, who was reportedly the target of the robbery, produced his own handgun and sent the two suspects running as he opened fire.

Police arrested and identified the two suspects as Nicholas Brown and Markeil Hayes, both of Los Angeles, and said they were both booked on attempted robbery and are currently on parole.