A large woman randomly attacked 2 small children with a knife hidden in her purse seriously causing deep lacerations to one childs cheek and nose. The father was able to pull their second child away in time before the woman disappeared across the street. She was later apprehended and could be facing 10 years in prison. Scenarios like this highlight the importance of not only CARRYING every day buy being aware of your surroundings. 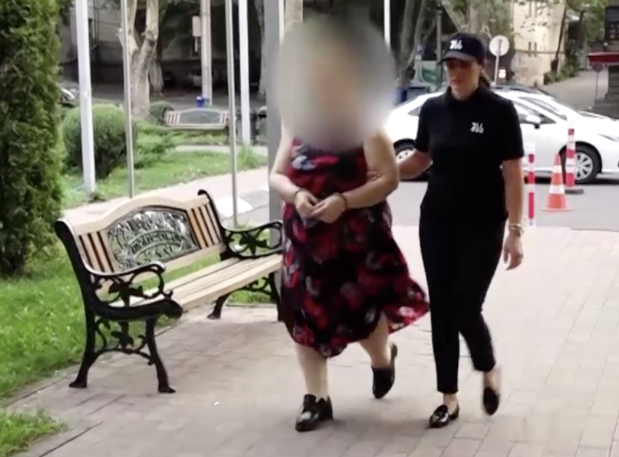 MetoUK writes the boy was rushed to hospital by ambulance and treated for ‘moderately severe’ cuts to his nose and cheek, Jam News reported. Police discovered CCTV at the scene, outside a pharmacy on Pekini Street in the Georgian capital, and were able to track down the suspect. The boy’s parents said they had never seen the attacker before.

Doctors at the hospital where the boy was treated said he will be kept in for a few days to monitor his progress.

On Wednesday, the suspect was detained – she was an unemployed artist born in 1968 according to Liveleak Her mother denies the presence of mental abnormalities in her daughter, although she is at a loss to explain her act. If a woman is recognized as sane, she faces seven to 10 years in prison.

We dont know about you but a mentally stable person does not just walk up to random children and stab them in the face.

Always carry and always be aware of your surroundings. We realize this happened in another country but theres crazy everywhere.