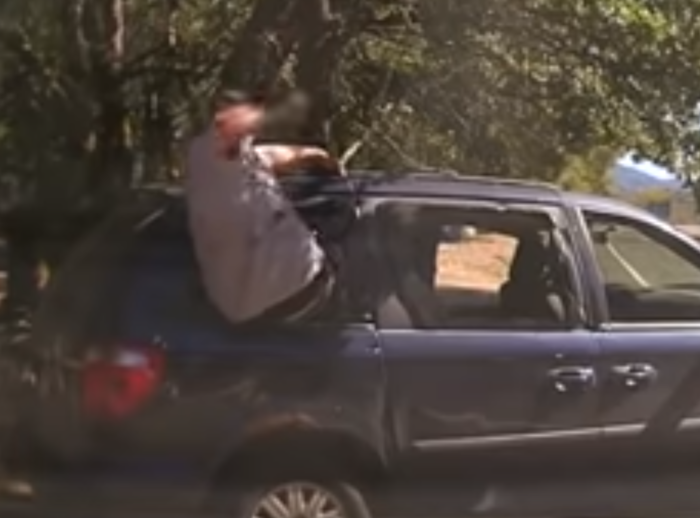 Officers responding to a report of a intoxicated person were fired upon by the occupant of a van that was parked with the van slightly portruding into the road and the entire incident was captured on dashcam!

At a press conference held this evening, @MendoSheriff Tom Allman gave an update regarding an officer-involved shooting that occurred in Redwood Valley earlier today. https://t.co/aaGAT1dH0e pic.twitter.com/tZiGuk8XbX

According to the UkiahDailyJournal Mendocino County Sheriff Tom Allman said at a Thursday evening press conference that the man was shot at least twice, and he was later air-lifted to an out of county hospital, and as of Thursday night has no life-threatening injuries. His name was not released, and he was reported missing out of Southern California. He did not appear to have any connection to anyone on Uva Drive. One deputy did sustain moderate scapes to his arm, although he did not go to the hospital.

The incident began when deputies from the Mendocino County Sheriff’s Office were dispatched to a reported drunk pedestrian in the 6000 block of Central Avenue in Redwood Valley. While looking for the pedestrian, they came across a blue van that was parked in the oncoming lane with half the van in the road and the other half off the road on Uva Drive at 1:10 p.m.

At 1:14 p.m., the deputies were told that the man was a missing person, and they approached the man. Sheriff Allman said that a fight occurred and that all three deputies wrestled with the man and that one of the deputies used a Taser, although it did