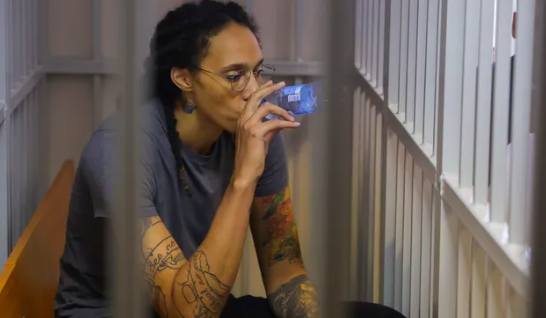 Brittney Griner, a left-leaning anthem hater, recently got out of jail. And while Biden is celebrating his “win,” the American public is indignant. According to Fox News, Brittney Griner was detained in February, just before the Russia and Ukraine war broke out, for smuggling vape cartridges containing cannabis-derived oils into the country while she was coming to the country to play basketball for a local league.

Griner is returning home right before the Christmas holiday, around ten months later.

The tweet stated, “Moments ago I spoke to Brittney Griner.” She is secure. She’s in the air. She has left for home.

Meanwhile, US Marine Paul Whelan, another American imprisoned in Russia, was not a part of the swap. He has been jailed on espionage charges that his family and the U.S. government have said are baseless. 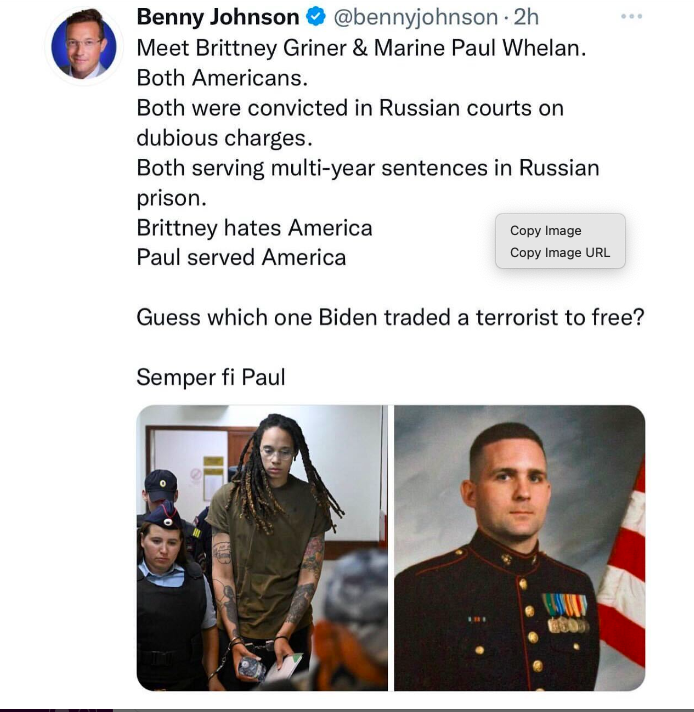 Who did Russia get out of the deal?

The ‘Warlord’ Viktor Bout, the “Merchant of Death.”

The ‘Warlord’ was in the middle of a 25-year sentence in federal prison after he was convicted of conspiracy to kill Americans about the support of a Colombian terrorist organization.

He was dubbed the “Merchant of Death” because of his notoriety for running a fleet of aging Soviet-era cargo planes to conflict-ridden hotspots in Africa. His dealings inspired the Nicolas Cage film “Lord of War.”

Moments ago I spoke to Brittney Griner.

Pretty much, Putin is winning here since he is getting rid of our dead weight and giving it back to us.

It just shows how weak Biden is to the world.

Biden asks for an absurd women’s basketball player instead of a decorated Marine.

One would think that an even trade would be a ‘Merchant of Death’ for a Marine, but instead, we get Griner.