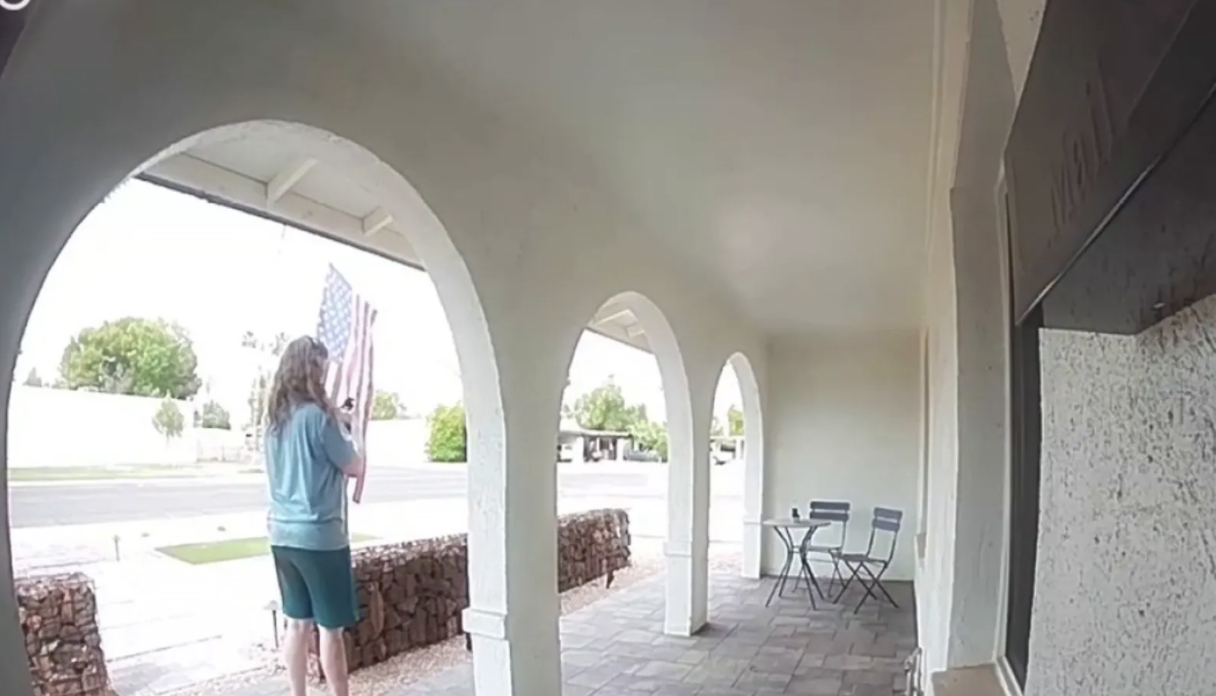 Someone appeared to set fire to an American flag ahead of Memorial Day weekend outside the home of a veteran who served in Afghanistan, video shows.

Adam Douglas, who last served in Afghanistan as a captain in 2019, returned to his home in Tempe, Ariz., to celebrate Memorial Day weekend but noticed the American flag outside his home was gone.

Upon checking his doorbell camera, video taken days earlier on May 26 shows a man touching the flag before picking up what appears to be a lighter. Douglas told Fox 10 Phoenix he heard several clicks from the lighter trying to ignite as the man attempted to light the flag on fire.

“Memorial Day weekend — we’ve had people die while I was over there as well,” Douglas told the station, describing his military deployment. “It means a lot, I want to make sure that flag is out on Memorial Day weekend. To have it stolen is… I just couldn’t understand it.”

Though police canvassed the area, the flag was never found. Douglas soon replaced it.

“This one’s a little bigger than the last one too,” Douglas said.