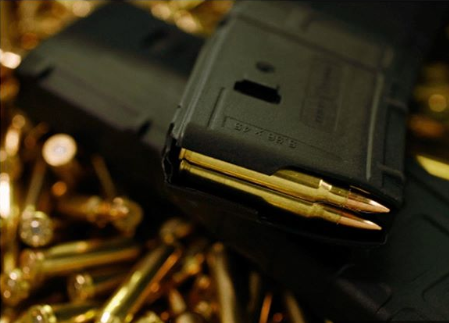 The legislation in view is HB 961, which was watered down from its original form in order to garner enough Democrat votes to pass out of committee.

Breitbart News reported HB 961 originally required owners of AR-15s to register their guns with the government and get a license from Virginia State Police, in order to retain the firearm. That aspect of the bill was removed, but the ban on magazines holding over 12 rounds is still intact. 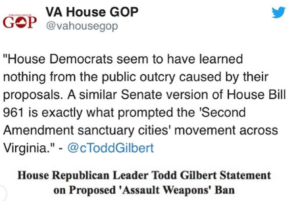 Todd Gilbert, the Republican Leader of the Virginia House of Delegates, noted HB 961 was the bill that spawned the wave of Second Amendment Sanctuary declarations in the state to begin with. He noted that leaving language in the bill that requires surrender or destruction of lawfully purchased property, under threat of a felony. is only going to continue fueling citizens to stand in opposition to their government.