A plan for NATO to expand its Iraq mission by reassigning troops from the anti-IS coalition could satisfy President Donald Trump’s call for more alliance action in the Middle East, the U.S. envoy to the organization said on February 11.

NATO defense ministers are scheduled to meet in Brussels this week to discuss a proposal to move some forces from the U.S.-led coalition fighting the Islamic State militant group to the alliance’s training mission in Iraq. 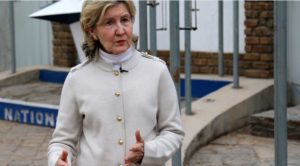 Trump last month called on NATO to do more in the Middle East, days after a U.S. drone strike that killed a top Iranian commander in Baghdad triggered a regional crisis.

A plan to transfer some coalition forces — who number some 11,000 across Iraq, Syria and Kuwait — to NATO’s structures has already won Baghdad’s backing, according to diplomatic sources.