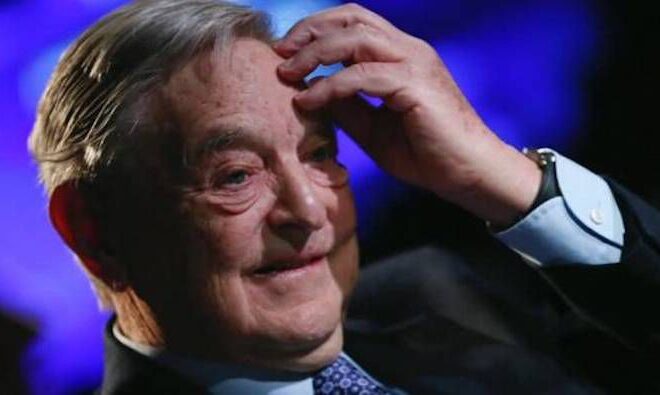 You didn’t think that there was not a single judge in this country with the guts to do what’s right, did you?  Well thanks to God, there is at least one and they are ordering answers to provided …

The fight in Michigan to expose what really happened in the November 2020 election is far from over.
100 Percent Fed Up reports – ‘The morning after the election, in a solidly red county in northern Michigan where Trump banners, flags, and yard signs can be found in almost every front yard, voters woke up to discover Joe Biden had walloped President Trump in the November 3rd general election. Upon further examination, it was discovered that 6,000 votes tabulated by Dominion Voting machines were flipped from Donald J. Trump to Joe Biden. The media called it a “glitch” and blamed it on human error—the American public was stunned and demanded that lawmakers look into this and other voter irregularities popping up in multiple critical swing states.

In addition to thousands of votes that were flipped from President Trump to Democrat candidate Joe Biden, Central Lake, MI (located in Antrim County) resident William Bailey was concerned about ballots that were re-run through the Dominion tabulator machine after a 262-262 tie on a vote a ballot initiative that would allow a marijuana establishment to be located within the Village of Central Lake.

While ballots were being inserted into the machine, 3 of them were destroyed and were not placed through the tabulator. At the conclusion of the recount by the tabulating machine and with three fewer votes, the result was 262-261, and the initiative passed. Of course, this result could only be possible after 3 of the ballots were destroyed. 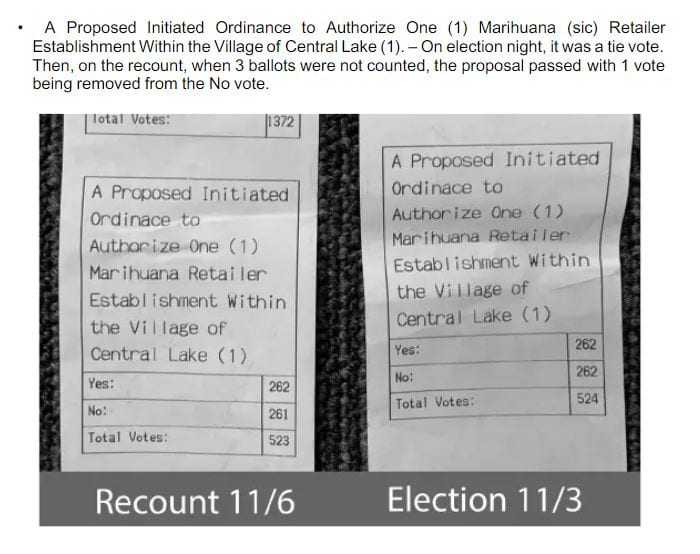 At 5:30 PM on Friday, December 4, 13th Circuit Court Judge Kevin A. Elsenheimer granted permission to William Bailey and his team of IT experts to conduct a forensic study of the 16 Dominion voting machines, tabulators, thumb drives, related software, and the Clerk’s “master tabulator.”

On December 14, 2020, Michigan 13th Circuit Court Judge Kevin A Elsenheimer agreed to allow Mr. DePerno’s client, William Bailey, and a highly skilled team of IT experts to perform a forensic examination on 16 of the Dominion voting machines in Antrim County, MI. On Monday, against the objections of MI Secretary of State Benson, Judge Elsenheimer agreed to allow the results of the forensic examination to be released to the public. The results were damning.

After the forensic examination of 16 Dominion Voting machines in Antrim, Co. MI, Allied Security Operations Group has concluded that the Dominion Voting machines were assigned a 68.05% error rate. DePerno explained that when ballots are put through the machine, a whopping 68.05% error rate means that 68.05% of the ballots are sent for bulk adjudication, which means they collect the ballots in a folder. “The ballots are sent somewhere, where people in another location can change the vote,” DePerno explained. The allowable election error rate established by the Federal Election Commission guidelines is 1 in 250,000 ballots or .0008%. 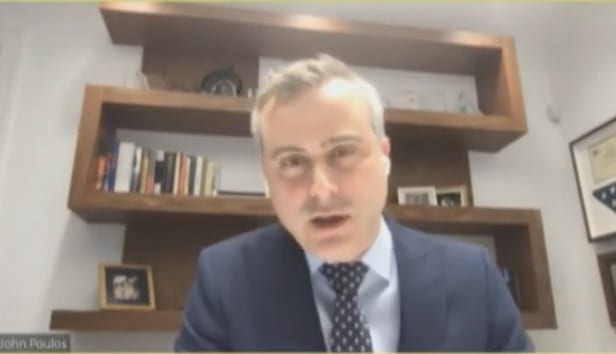 MI Senator Pete Lucido (R) asked Mr. Poulos, “How do I know, as a voter, Mr. Poulos, that I didn’t have any irregularity of the software being manipulated? How can I be sure of that?” The Dominion CEO responded by telling Senator Lucido,  “At the end of the day, you have to remember that the ballot box was secure and empty at the beginning of the day,” adding, “And at the end of the day, there was a number of ballots that each voter deposited into that sealed and locked ballot box.” Poulos added, “Those ballots haven’t gone anywhere,” assuring the Committee, “They’ve been under secure control of the poll workers.”

Mr. DePerno contacted 100 Percent Fed Up to explain that Dominion CEO John Poulos made this statement about the boxes being secured without any evidence of his claim.

The constitutional attorney who represented William Bailey in his case against Antrim Countyexplained that on November 27, 2020, he and Mr. Bailey, along with five IT experts who were part of his team, were “given permission by four precincts to perform an inspection of their tabulators and tabulator print off rolls.” Mr. DePerno explains that at least 2 of the 4 Dominion machines they inspected had broken seals on the sides of the machine. One of the broken seals was discovered on the Dominion Voting machine in Mancelona Twp. and the second broken seal was found in Central Lake, MI.; additionally, the Dominion Voting machine in Central Lake had no side security lock on the side.

Reprinted with permission from The Beltway Report