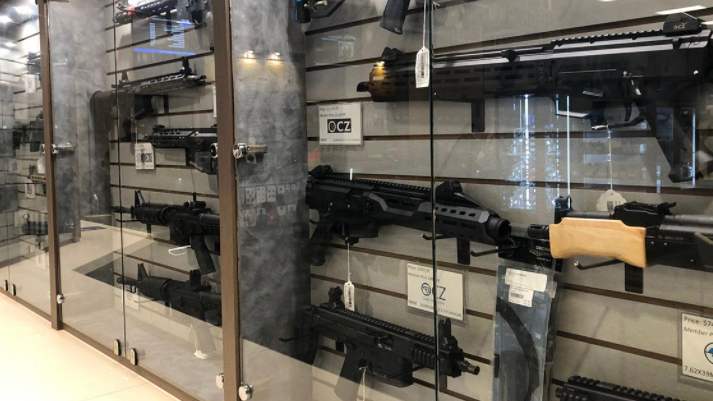 Anti-gun Democrats aren’t just trying to pack the Supreme Court. They’re also trying to pack Congress as well. The House approved a D.C. statehood bill on Thursday that would guarantee them two more reliably Democrat senate seats, as well as one more anti-gun member of Congress.

The land that DC is situated on was originally cleaved from Maryland and Virginia, with the former having its land returned to it by Congress. Proponents for statehood argue that some 700,000 residents are not being represented while still being taxed, while those against say it’s nothing but an unconstitutional power grab. There is credence to both of these ideas, as well as solutions. From a Reuters article we can pull a little from both camps:

Democrats argued statehood would fix a centuries-old wrong of “more than 700,000 Americans citizens who pay federal taxes, who fight and die in wars, who serve on our juries and yet have no vote in the Senate or the House of Representatives,” said Democratic Representative Jan Schakowsky. “That is the definition of taxation without representation.”…

Republicans, accusing Democrats of a “power grab” to advance a “far-left” agenda, are expected to block the bill in the Senate, where 60 of 100 members need to agree to advance most legislation.

To be fair to the more conservative base, since 1964, the first year D.C. was afforded electoral college votes in a presidential election, the city voted for a Democrat in every election. If the District of Columbia were disproportionately voting for the Grand Old Party, I’m willing to wager those who are left of center would be singing a different tune.

Washington, D.C. becoming a state would all but enshrine two more strictly left-of-center senators for perpetuity. This grab has nothing to do with leveling the playing field or taxation without representation. Is their lack of representation something that should or could be visited? Sure. The solution is simple, bundle the citizens of DC into Maryland’s jurisdiction for these purposes and call it a day. If the unheard suffering masses of DC that are ready to throw their tea in the Potomac want said representation, there is a path that does not include such a blatant guaranteed blue vote forever. That would be called a compromise, what the progressives always claim they want when they come after our guns.

The quote above cites the issues of healthcare, the Green New Deal, taxes, and packing the Supreme Court as for what motives there are for making D.C. a state. Noticeably absent from Representative Mace’s statement is the neutering of the Second Amendment. There is no hiding it, the progressive agenda includes pushing for the disarmament of Americans. Bringing Washington DC into the fold of who gets to put their keys into the bowl at this party is another step towards stripping citizens of their fundamental right to keep and bear arms.

Let’s not forget that the first landmark case against over aggressive and restrictive laws concerning the enumerated right came out of the District in the form of Heller. D.C. was pummeled so badly in that case that when its sequel popped up, a carry case challenging the District’s “good cause” requirement, they folded and did not appeal to the Supreme Court when the lower court decided against the city. Frankly they were afraid and pressured by anti-civil rights groups not to do so, because another loss would probably be delivered. That would have made the matter of shall issue carry the law of the land.

The party opposed to this civil right has been plotting and scheming to overturn the Heller and subsequent McDonald decisions since they were written. Lower courts in restrictive states have dug their hells in on this subject for years, cherry picking apart the decisions. The lawmakers in those jurisdictions have been dancing a minuet around the unpopular things discussed in Heller and state the case was solely about the possession of firearms in the home, forgetting that the right to “bear arms” is just as important as the right to keep them.