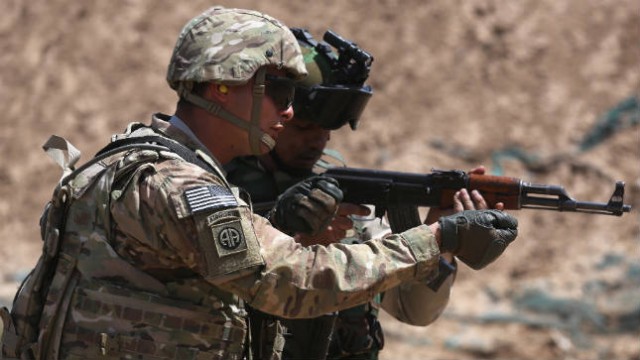 US sending around 200 more troops to Middle East, official says

(FOX)- Two companies from the U.S. Army’s 82nd Airborne Division are being deployed to the Middle East to bolster security in either Iraq or Syria at the request of the top American commander in Baghdad fighting ISIS, a U.S. defense official with knowledge of the order told Fox News.

It is not immediately clear where the roughly 200 additonal troops will end up. That decision will be made by Army Lt. Gen. Stephen Townsend, the top commander of the U.S.-led coalition charged with running the war against ISIS on the ground.

In recent weeks, multiple press reports said upwards of 1,000 additional American troops would deploy to Kuwait or Syria to act as a “reserve force.” These reports were said to be inaccurate by multiple Pentagon officials.

Some of the additional forces from the 82nd Airborne Division will head to the Qayyarah Airfield West, or “Q-West” as the soldiers call it, the official said. U.S. forces have occupied the former Iraqi military base since the summer. Currently, Apache gunships and GPS-guided rocket systems called HIMARS are based there roughly 40 miles south of Mosul to support the ongoing battle for Iraq’s second largest city.

The fight against ISIS in Mosul has stretched longer than five months. In an exclusive interview with Chris Wallace on “Fox News Sunday,” Iraq Prime Minister Haider al-Abadi predicted ISIS will be defeated in the next few weeks.