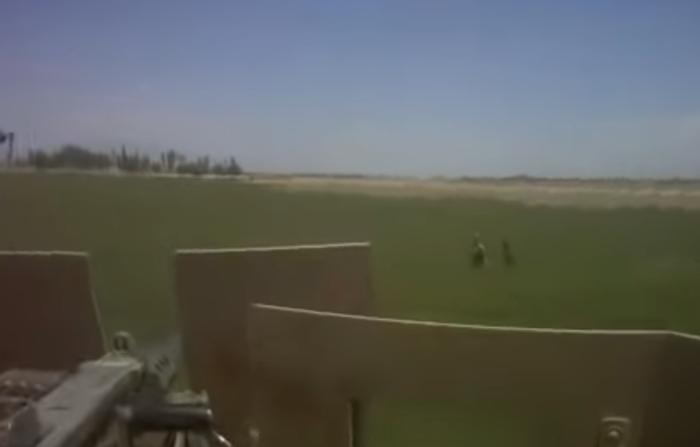 A video from 2011 in Afghanistan shows exactly how Murphy’s law can take effect. A mounted patrol was clearing the area they had cleared of IEDs the previous day in a villaved that was known for ambush and IED attacks. They got wind of the ambush after informing the locals they should notify US forces.

because of this they were able to get the drop on the Taliban, who gave away their position after prematurely launching an RPG.

After returning to base they had discovered the firing pin of the fifty had broke due to the rough terrain.

“An unconventional firefight, adapting and overcoming. 16 days after the death of Osama Bin Laden we were on a mounted patrol and ran into 6 Taliban fighters on two motorcycles, trying to set in an ambush. We ended up killing 4 of them. The .50 cal broke over the rough terrain. We had done our PCC’s & PCI’s prior, along with a test fire. Murphys law took effect that day.”

Check out the video below!