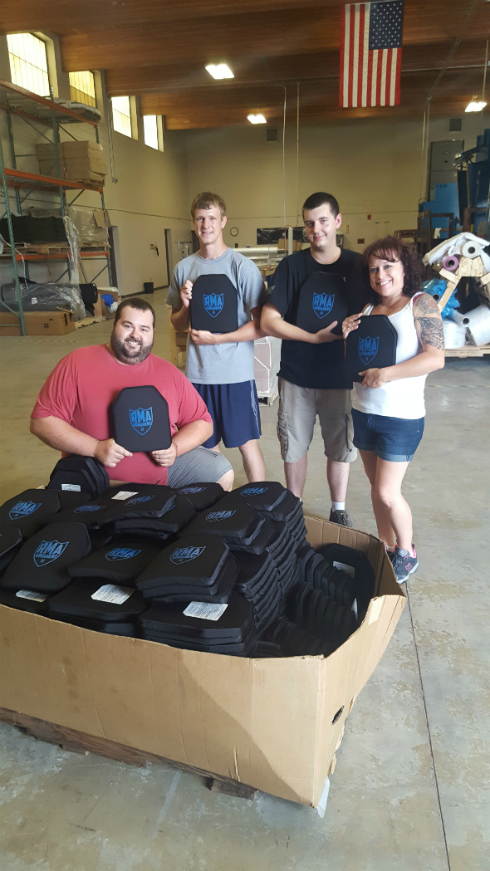 Recently the Tactical Shit Crew drove 3 hours to Centerville Iowa to pick up a shipment of brand new LEO addition of RMA lvl 3 and lvl 4 plates.  While they were there founder Blake Waldrop, a former US Marine (2001-2005) and a sworn police officer (2007-2013), was nice enough to take time and give us a full tour of the RMA facility while the plates were being loaded.

During the tour we were shown the different plates they offer which are:

RMA’s Level III Body Armor (model #1088) plate was specifically designed with the US Navy and Marine Corps in mind and is manufactured as single and multi-curve plates. Special operations engineered to be buoyant, in addition to weighing just 3 pounds in the single curve model. The Level III will defeat multiple 7.62×51 FMJ and all small arms munitions.

RMA’s IIIa Body Armor (model #0226) backpack inserts are hardened Dyneema based material and will defeat common handgun munitions. RMA’s inserts will never break down with exposure to the elements. These RMA panels are waterproof, extremely tough and lightweight. These inserts are discreet and fit the majority of backpacks.

RMA’s IIIa soft Body Armor inserts (model #’s 0319-0330) also provide the same level of protection as the hardened Dyneema based inserts listed above. The soft armor inserts are manufactured from Kevlar and defeat all hand gun munitions. They also allow for great mobility and flexibility in any situation, which is very important in all law enforcement situations where the utmost safety is essential.

RMA’s Special Rifle Threat (SRT, model #1003) body armor plate is designed to defeat the most common rifle threats in the world today, while being extremely tough and lightweight. At just 2.05 pounds, the SRT plate allows the user to be quick and agile on his feet yet still boast the stopping power to defeat multiple hits from a 7.62×39 (AK 47) and a 5.56×45 ball round.

We were also able to meet some of the staff that were working there that day. 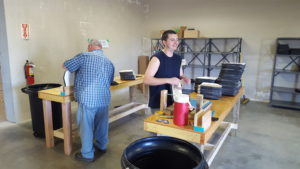 After all was loaded up, the crew hopped back into the Tactical Shit truck and headed back to the shop to ship out the new plates.