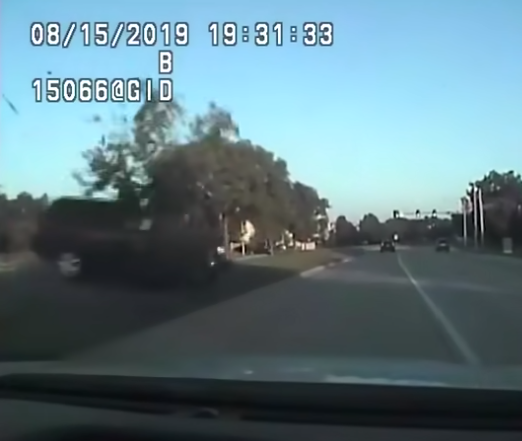 Dashcam footage shows the moment an SUV slams into a police cruiser.

KTUL reports that video inside the patrol car shows the unnamed officer on the phone, and dash cam video clearly shows the other car jumping a curb between some trees and slamming into him.

Neither person was seriously hurt although the officer did have to go to the hospital.

Bonds lives near where the two cars crashed. She says she sees too many distracted drivers.

She says even if the other driver caused the wreck, the officer may have been able to avoid it had he not been on his phone.

“It possibly could have been prevented had he not been texting,” said Bonds…

While the officer wasnt at fault it just goes to show how even the slightest distraction can have huge consequences.