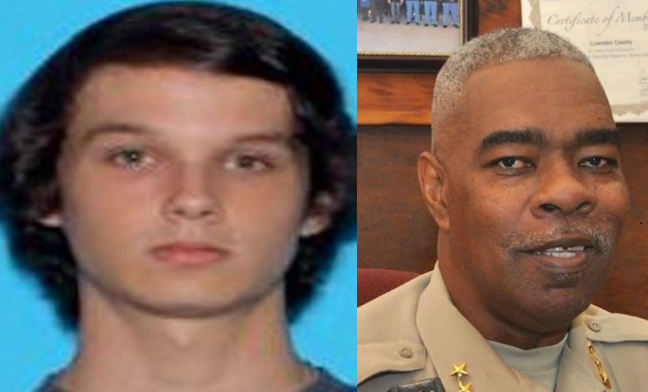 The manhunt for a suspect who killed a sheriff is over after a 4 hour long manhunt.

Suspect has been captured, he walked up to the scene with the firearm in his hand pic.twitter.com/Dpt0AYuMB3

FoxNews reports that An 18-year-old suspect wanted in connection with the shooting death of an Alabama sheriff was taken into custody shortly after midnight Sunday following a nearly four-hour manhunt, according to reports.

William Chase Johnson, who authorities said earlier had driven off in the sheriff’s vehicle after the 8:15 p.m. shooting — with the vehicle found a short time later — returned to the crime scene with a firearm in his hand and surrendered, AL.com reported.

Fatally shot Saturday evening was Lowndes County Sheriff John Williams Sr., known as “Big John,” a U.S. Marine Corps veteran who had been sheriff in the community near Montgomery, the state capital, for nearly a decade.

Williams had responded to a call from a convenience store in Hayneville, about 24 miles southwest of Montgomery, when he was fatally shot “over something silly,” Alabama Trooper Sgt. Steve Jarrett told AL.com. Further details of the incident were not immediately available.

Authorities quickly posted an online alert about Johnson, with the Alabama Law Enforcement Agency describing the suspect as “a serious risk to the public…
Read more!