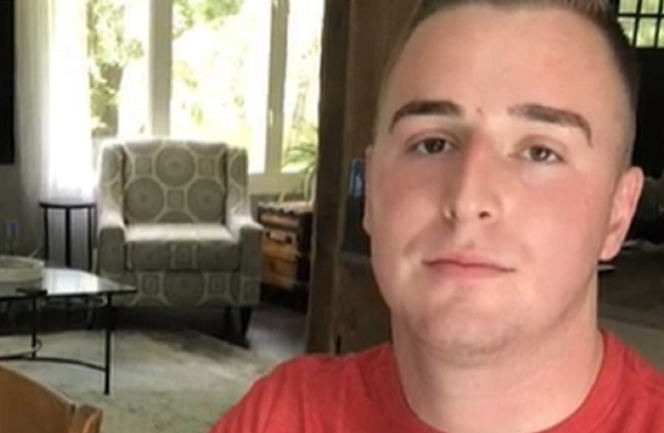 Logan Hollar, 22, is taking online classes over 70 miles away from the New Brunswick campus, but the university claims that the vaccine mandate still applies to him.

“I’m not in an at-risk age group. I’m healthy and I work out. I don’t find COVID to be scary,” Hollar told NJ.com. “If someone wants to be vaccinated, that’s fine with me, but I don’t think they should be pushed.”

Rutgers was the first university to mandate vaccines for all students last Spring, but originally did not require them for students who were learning remotely.

Hollar expected that those exceptions would still apply, since he will not be on campus.

“When they put out the guidance in March, I was reading through all the verbiage, which was if you plan to return to campus, you need to be vaccinated,” Hollar said. “I figured I wouldn’t be part of that because all my classes were remote.”

NJ.com reports that “Hollar said he checked his Rutgers email without issue in the beginning of August and he successfully switched out of a class on Aug. 6.” Soon, he was required to fill out a questionnaire about the vaccine.

Hollar says that he had checked a box saying that the mandate did not apply to him since he was only taking the online classes.

“After submitting the survey, I got no pop-up indication that I still needed the vaccine — like I had seen in the past — and since I was online and the survey said I was all set, I assumed the emails in my inbox pertaining to (the vaccine) must apply to in-person students,” Hollar said.

“This turned out not to be the case,” he added.

When Hollar went to pay his tuition bill on August 27 he was locked out of his university email and other accounts.

The senior was informed that he would need to get vaccinated to have his accounts restored and continue his education, unless he obtained an exemption letter from a doctor.

“Days later, I called back since I hadn’t received anything. They told me that unfortunately, they had decided that they would not grant waivers for anyone who had put in for them past Aug. 23, even though I was told that I could get one with no problem on the 27th.”

Hollar has not been able to attend any of his classes that began on September 1.

“I find it concerning for the vaccine to be pushed by the university rather than my doctor,” he said. “I’ll probably have to transfer to a different university.”

“I don’t care if I have access to campus. I don’t need to be there. They could ban me. I just want to be left alone,” he said.