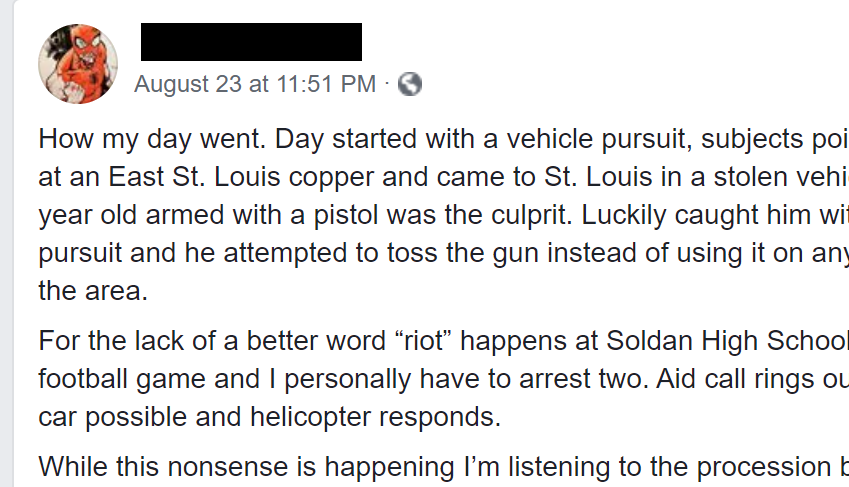 A St. Louis Police officer is underfire after a local newspaper published part of the post. The post made to Facebook called for the backing of law enforcement and to be able to do their jobs “fully”. 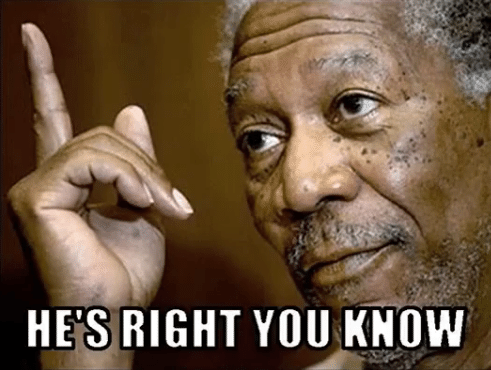 How bad is St. Louis?

Well,  FBI statistics rank St. Louis among the most violent U.S. cities; it has maintained one of the highest homicide rates in the nation for several years. In 2018, St. Louis recorded 186 killings. As of Sunday, the city’s total for 2019 was 128 according to the Washington Post

Analysis of homicide arrest data, of the 1,677 homicides in St. Louis from 2007 to 2017, 54 percent did not result in an arrest. Its got to the point were the police are offering $100,000 cash reward to solve the deaths of children being randomly murdered!

KMOV Reports that the officer is accused of misconduct by the department’s internal affairs division after he wrote a social media post about a particularly violent shift and allowed the local newspaper to publish part of it.

The St. Louis Post-Dispatch reports that officer Ryan Lynch’s post included a plea to state officials to support police officers. The Aug. 23 Facebook post detailed a shift during which an armed 16-year-old led police on a chase and an 8-year-old was fatally shot.

The St. Louis Police Officers’ Association filed a grievance Wednesday, saying, in part, that Lynch did not “prepare the article” for the newspaper and did not reveal any confidential information about any investigations. An employee’s political statements are statutorily protected, the grievance said.

Maybe instead of drumming up a internal affairs investigation the department should be listening to its officers about what is going on. Maybe the state officials should also be listening, do their jobs and fix our city instead of trying to nail good officers to the wall over a Facebook post. St. Louis has been a shit-hole for decades and hes right, its time for a change!