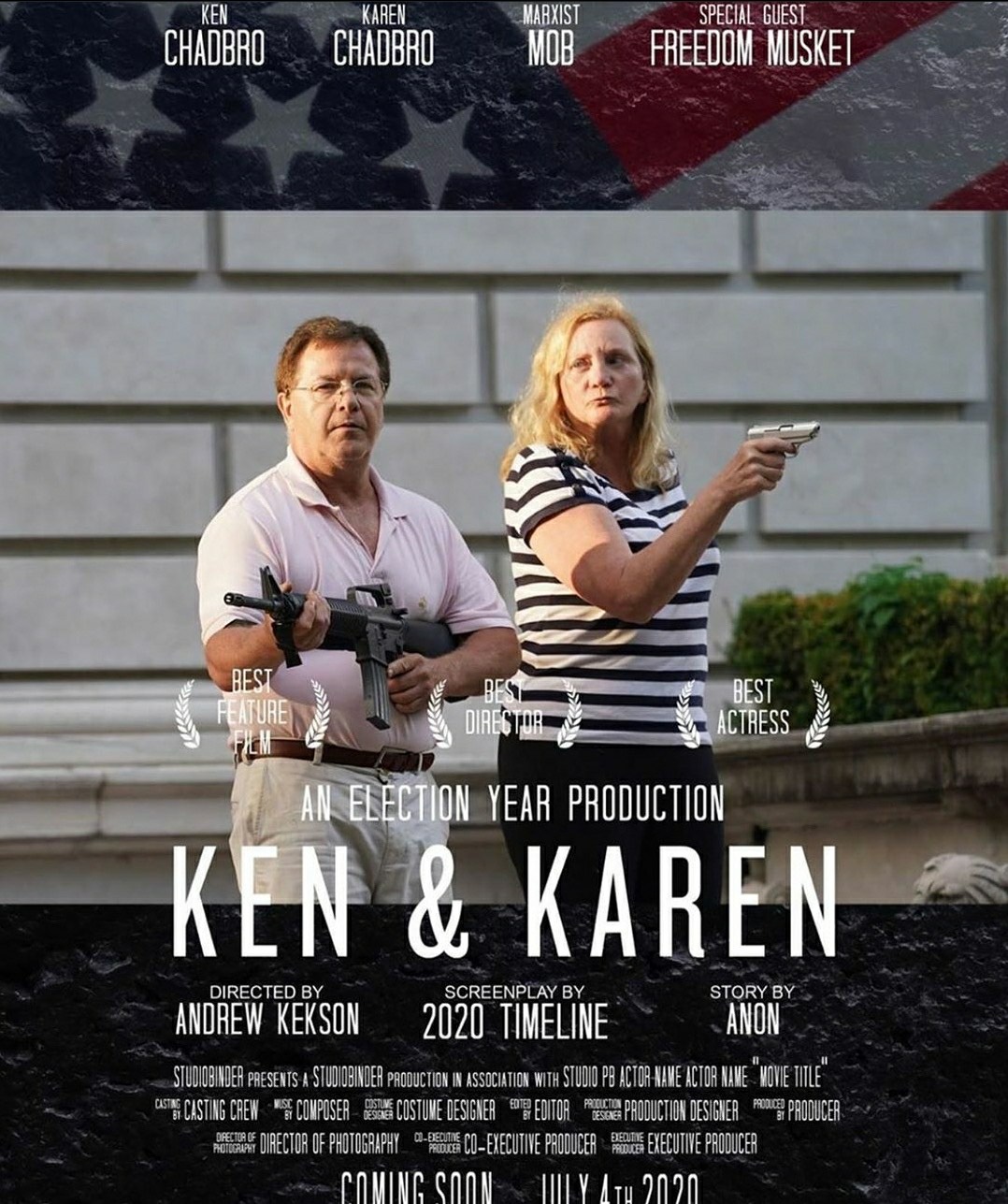 A protest broke out not far from Tactical Shit here is what went down.

A married couple brandished firearms at a group of protesters who marched through their upscale St. Louis neighborhood on Sunday night on their way to the home of Mayor Lyda Krewson.

The male homeowner stood barefoot on his Renaissance-style porch in the Central West End neighborhood while carrying a semi-automatic weapon at around 6 p.m. local time, while his wife pointed a pistol at the gathering.

The couple confronted the group of about 300 protesters after they breached a gate in the neighborhood, according to a local NBC affiliate.

A couple has come out of their house and is pointing guns at protesters in their neighborhood #StLouis #lydakrewson pic.twitter.com/ZJ8a553PAU

A video on Twitter showed the woman point the firearm at passing protesters while shouting.

A protester wearing a T-shirt that read, “Hands up, don’t shoot,” urged participants to relocate into the street in an attempt to diffuse the situation.

The protesters were en route to Mayor Krewson’s home to demand her resignation after she released names and addresses of residents who suggested defunding the police department, the report said.

The couple’s “Midwestern palazzo” home was featured in St. Louis Magazine in August 2018 after they completed a major renovation.

In the piece, they showed off their dome gilt ceiling and curved double staircase of marble leading to the second and third-floor landings. “The glass in the windows” is from the second-floor reception hall at the 14th century Palazzo Davanzati in Florence, “and the shutters, at least the ironwork, are probably original,” the couple told the magazine.