A gunman shot at a crowd almost hitting a child in NYC. A picture of the suspect provided by New York crime stoppers can be seen below. Seems like those strict gun control laws in New York City do absolutely nothing to deter criminals from committing violent crimes and putting innocent people at risk! 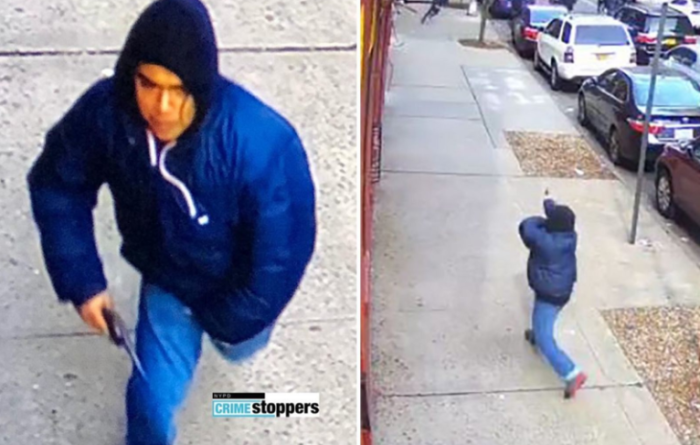 FoxNews reports A suspected gunman who opened fire in broad daylight on a street in New York City last week, sending residents running for their lives, is being sought by police.

The New York City Police Department released surveillance video showing the suspected shooter firing what appears to be a revolver at a crowd walking on a sidewalk in the Bronx.

The video shows the group, which included a child, scattering as the gunman fired three shots, FOX5 New York reported. There were no injuries reported from the shooting.

The gunman had been targeting a 19-year-old man, police told…