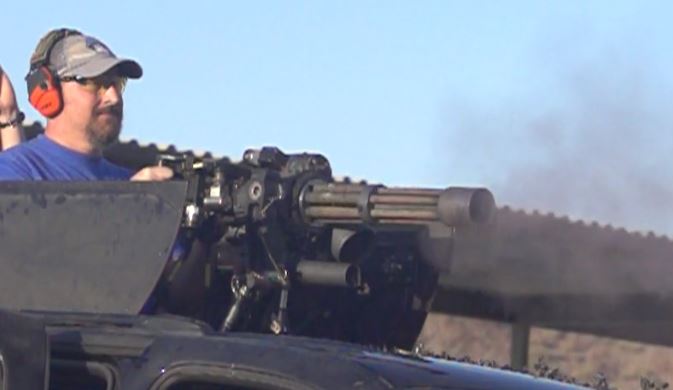 This weapon system was a staple on the pavelow and is still on many military aircraft. With rates of fire between 3000 and 6000 rpm it is a devastating tool to have in the arsenal.

A new video featured on Full30.com showcases the extreme power of the Dillon Aero Minigun in extreme slow motion capture video. This is almost pornography.

Here at Funker530, we are massive fans of machine guns, machine gun gunnery, and pornographic content revolving around fully automatic weapons. It’s only natural that when Gun Stock Reviews, a growing channel on Full30 and YouTube, puts out an extreme slow-motion video of them rocking a Dillon Aero minigun, you just know we’re gonna have to talk about it for a second and share the video with you.

If you’re not totally in the loop on this weapon system, here’s a quick breakdown. During the Vietnam War, the U.S. Government procured somewhere in the ballpark of 10,000 mini-guns. These…