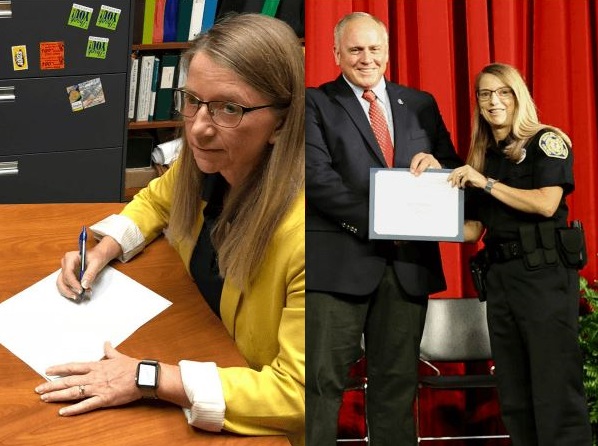 Many are saying that we should just arm teachers and we agree on the condition that they are very well trained. However, the left is still totally against our children having any sort of protection from the plague that is active shooters. Instead they propose idiotic ideas that are far less effective and could end up getting someone killed. In the event of an active shooter the only thing that is going to quickly stop the shooter is a good guy with a gun. Whether that good guy be a teacher, a parent with a ccw, or a school security guard or resource officer.

Gun free zones have done nothing but provide easy targets for criminals.

One school superintendent however has taken the training concept to a whole new level. She went through the police academy training and became a law enforcement officer.

According to BreitBart Because her district lacked “the budget to hire a full-time school resource officer,” she decided to become an officer in order to carry a gun with her on campus at no cost to the school. She started the police academy in January and graduated on September 22.

She carried a gun on campus last week for the first time in two decades of working in education.

Kraemer said, “If somebody comes in to try to hurt my kids, we have something other than a stapler to throw at them. We’re no longer a soft target. We have some options. I’m just going to be a superintendent that happens to also be a police officer.”

Kraemer’s district is in a rural area where there are “about 320 students, all on the same campus.” She said it is easy to sit idly and think an attack would never happen in such a setting, but an attack did…