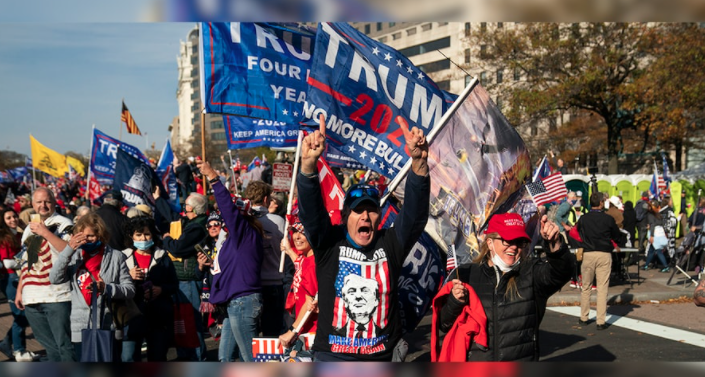 Opposing groups of protesters gathered at the Georgia State Capitol building in Atlanta Saturday to make their voices heard about the election earlier this month.

Hundreds of protesters in support of President Trump wore MAGA gear and chanted “Stop the Steal.”

There was a heavy police presence that kept the two opposing groups separated throughout the protest.

Police in riot gear have now come in to block the two opposing groups @FOX5Atlanta pic.twitter.com/dEtePUu8uQ

Video posted by a WAGA reporter show police forming a line to keep the protesters from clashing.

The protests come one day after Georgia certified the results of the 2020 Presidential election.

President-elect Joe Biden won by a margin of 12,670 votes after a hand recount.

Georgia will be in the spotlight in the coming weeks as the state hosts two Senate runoffs in January that will determine control of the upper chamber.