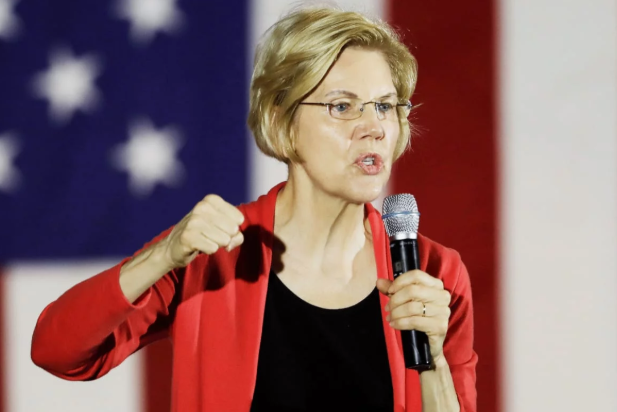 Here we go the woman who thinks she is a native american thinks shes going to cripple the firearms industry after she thinks she’ll become president. Mrs. Warren should probably quit thinking at this point. Why do democrats try so hard to run this country into the ground? If you don’t like it here fucking leave. There are other gun free utopias out there. Try great Britain. No guns. Just a large plethora of knife and acid attacks.

CNBC reports that Presidential contender Elizabeth Warren on Saturday unveiled her plan to combat gun violence, including proposals to triple the tax applied to firearm sales and raise the tax on ammunition even more dramatically.

The plan, announced in a post on the blogging platform Medium, comes in the wake of back-to-back mass shootings in El Paso, Texas, and Dayton, Ohio, that left at least 31 people dead.

“In 2017, almost 40,000 people died from guns in the United States. My goal as President, and our goal as a society, will be to reduce that number by 80%,” the Massachusetts senator wrote in the plan. “We might not know how to get all the way there yet. But we’ll start by implementing solutions that we believe will work.”

Warren, who is in the top tier of Democratic presidential candidates, wrote in the plan that she intends to do the following using executive action:

She wrote she would push for the following legislative steps:

The plan is similar in some aspects to the sweeping proposal unveiled by Democratic rival Sen. Cory Booker in May.

Booker proposed a federal gun licensing program, an end to the “boyfriend loophole,” and called for an IRS investigation into the NRA…

According to an email sent out by National Shooting Sports Foundation Warren’s proposal also includes:

A law that would impose criminal liability and jail time for gun company CEOs if their company “is found guilty of a crime or their negligence causes severe harm to American families.”

Her legislation also seeks to increase taxes on the industry, to 30 percent on guns and 50 percent on ammunition “to reduce new gun and ammunition sales overall and to bring in new federal revenue that we can use for gun violence prevention and enforcement of existing gun laws.”

The Warren plan includes several other radical proposals that are undoubtedly aimed at eradicating the firearms and ammunition industry, including:

She seeks to further restrict 2nd Amendment rights by:

Warren promises she won’t wait for Congress to deliberate: “The next president has a moral obligation to use whatever executive authority she has to address the gun crisis.”

But wait, there’s more: She promises to enact gun control policies within her first 100 days in office, with additional legislation to be added “every single year.”

These gun control policy proposals would do nothing to address the root cause of recent criminal acts, and yet you can expect to see Congress pursue many of these radical ideas – and Elizabeth Warren continue to rise in the polls – in the coming weeks and months.

What seems like absolutely outrageous ideas today could very well become law by this time in 2021.

This of course comes shortly of the democrats newly proposed assault weapons ban which again is word for word a copy of the one passed in 1994 with only a couple minor changes. Which big surprise Warren is also in support of!

here’s how the ban would define a “semiautomatic assault rifle.”

“(36) The term ‘semiautomatic assault weapon’ means any of the following, regardless of country of manufacture or caliber of ammunition accepted:

“(A) A semiautomatic rifle that has the capacity to accept a detachable magazine and any one of the following:

“(iii) A folding, telescoping, or detachable stock, or is otherwise foldable or adjustable in a manner that operates to reduce the length, size, or any other dimension, or otherwise enhances the concealability, of the weapon.

“(B) A semiautomatic rifle that has a fixed magazine with the capacity to accept more than 10 rounds, except for an attached tubular device designed to accept, and capable of operating only with, .22 caliber rimfire ammunition.

This part has just been added which differs from the 1994 ban.

This could include not just binaries or cranks but competition triggers as well.

It is absolutely important to get out and vote in the upcoming election. Your rights depend on it. You need to contact your representatives and make your voices heard. You absolutely need to support pro second amendment organizations fighting to preserve your rights!