Wow… this one flew completely under our radar and honestly its a fuckin shit show. Theres no defending it with “its a simple mistake.” A simple mistake would’ve been oops. I lost my gun. My bad. Then rectifying the situation. We initially reported on the police  chief who lost her weapon in a bathroom at a restaurant which is  already pretty bad. To make matters  worse is  How she handled it pulling something some broward county shit to try and cover it up wrongfully accusing the WRONG GUY and having his kids taken from him. Like we’ve said before.

We support our LEOs but we have no problem throwing the bad ones under the bus.

Remember this is the guy that took her weapon. Clean shaven and balding. 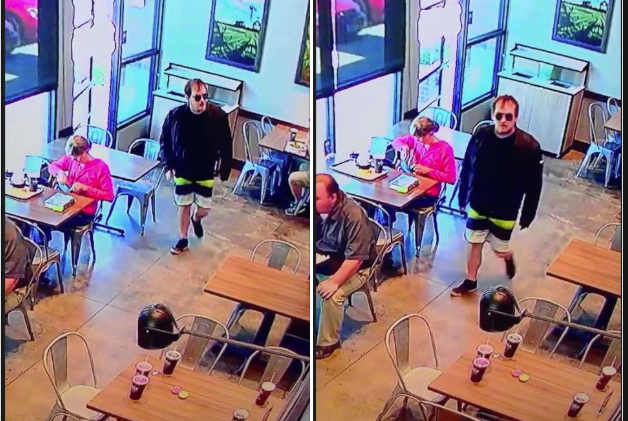 According to CoastalNews.com The man, who is not being identified by CalCoastNews, came out to ask the officers what was going on. The man had a full beard and mustache.

Even so, detectives Jason Dickel and Suzie Walsh told the man that they knew he had stolen the chief’s pistol and ordered him to tell them where it was, the man said. He told the officers he had been in Atascadero with his wife and two children at a medical appointment and that he had not been at El Pollo Loco in SLO.

The man’s wife and the couple’s two daughters also came out of the house and spoke with officers. The wife said she offered to call the doctor so he could confirm they were in Atascadero at the time the gun was stolen, but the detectives said no. The wife said she heard several officers noting her husband clearly was not the clean-shaven man seen in the video.

Walsh then asked the man if she could search his home. He asked if she had a warrant.

“Jason Dickel said I was on probation and he did not need a warrant,” the man said. “I told him I had court documents showing it was another family member who was on probation, but he did not want to see the documents. He said ‘you have the gun and we are going in to get it.’”

After the officers entered the house and kicked down the parents’ bedroom door, they arrested the man and his wife on charges of child neglect. The house was unclean, officers said, and they took the children into county custody. The girls, 7 and 9, remained in the police station until after 2 a.m. the next day, the man’s wife said.

In support of removing the children from their parents’ custody, Carrie Bailey, a county social worker, claimed a photograph taken in the parents’ bedroom of paraphernalia was taken in the children’s bedroom. When asked about the misstatement, Debra Barriger, a deputy county counsel, said the county is not permitted to disclose information about child custody issues.

So short recap. The entire department showed its ass on this one. The chief loses her gun and tries to cover it up. The two fuckin sherlock detectives they sent finger the wrong guy which is so fucking OBVIOUS that even a blind monkey could see thats not the right perp and leads us to wonder how they even became detectives in the first place. THE PERPS PHOTO WAS ALL OVER SOCIAL MEDIA and they still managed to botch that. Then when presented with evidence from not only the the couple but fellow officers as well they searched the house without a warrant citing someone else’s probation as probable cause.

If she goes this far to cover up leaving her personal firearm in a bathroom what happens when something serious happens in her jurisdiction? We’ve already seen whats possible in Broward County after Sheriff Scott Israel’s department flat out tried to sweep the parkland school shooters history under the rug. Will this lead to a similar problem in San Luis?