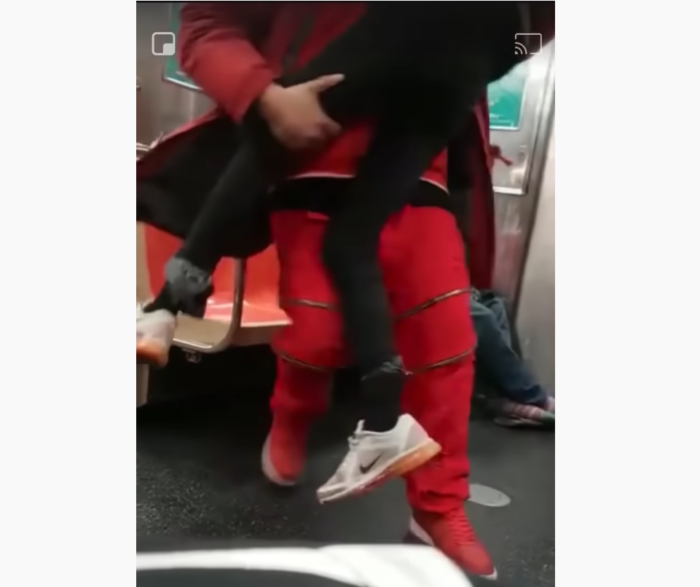 A man attempted to kidnap a girl on a newyork subway however Karma caught up to him later.

According to Pix11 the NYPD is investigating a video that shows a man lift a woman out of her seat on a train and carry her into the station.

“The NYPD is aware of the video and is actively looking into the incident,” a spokesperson for the department said.

Commuters on the train can be heard in the video shouting after the man grabbed the woman. She quickly got away from the man and boarded the train, standing in the doorway as she called for help.

Later in the day he was spotted again by some concerned citizens who ran him out of their neighborhood.

Good fucking job! Its up to everyone to keep an eye out for these scumbags and protect our loved ones from pedophiles and human traffickers. Hopefully the NYPD catches up to him soon.