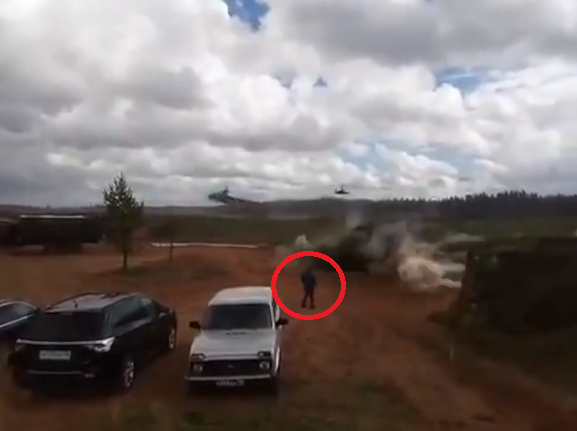 According to Funker530 a group of reporters was nearly yeeted when a Russian attack helicopter’s targeting system decided it F*ck this hut, f*ck the ground, and f*ck that guy over there.  In todays age of damn near everything electronic being equipped with a camera you would think people would know its damn near impossible to deny that an incident of this nature had occurred. Well that’s what Russian officials attempted to do until those videos became viral.

You can View the Video Here: Funker530