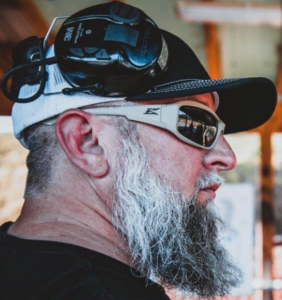 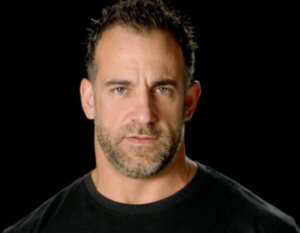 “Dom lives by the mantra “Crush Everything”. Raso is a Veteran Navy SEAL and owner of Dynamis Alliance. Today Dom is dedicated to leading modern day warriors through physical and tactical training while also educating people on firearms and firearms safety through classes and social media.”

“Widely considered to be the greatest shooter of all time, Jerry Miculek holds a massive amount of awards and accomplishments- Including 11 World records (5 of which are officially sanctioned by the NRA), over 100 National and World titles in several shooting disciplines, and is one of the only people to hold a Life Achievement Award for shooting.”

Let’s just say this was a moment.

From my view in observation area I could see the whole thing unfold.

Once TJ, Dom and Jerry enter the Liberal Tears Coffee Shop things stay calm but not for to long..

Once they enter the Liberal Tears Coffee Shop Dom makes a direct move to the front counter. While TJ holds the his position by the door and Jerry stands by the coffee table.

Dom draws on the cashier and demands for the cashier to give him the money. Jerry also draws his weapon if you see Larry ( The shop owner) draw his weapon and gets shots on Dom as well as Jerry but Jerry makes it over to the bathrooms. Larry does not know TJ is a robber and ask him to call the police which then gets him smoke checked in the back of the head as soon as he turns away.

At this point things start to get confusing. Jerry who is in cover by the bathrooms starts shooting at Larry’s position which ends up turning into a fire fight between Jerry and TJ.

TJ then leaves the Liberal Tears Coffee Shop hoping to wrap around and eliminate the target. Once TJ breaks through the backdoor him and Jerry exchange shots which then scenario was called. After this they both realized they were shooting at the wrong person and came in for a big hug. 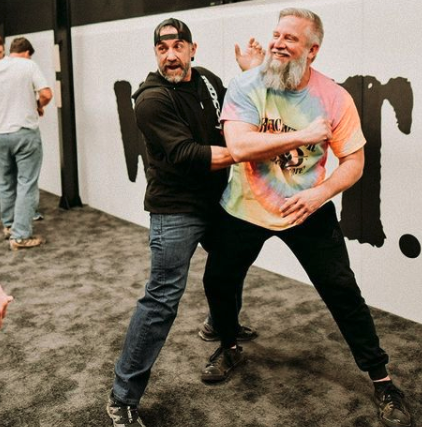 What is “UTM” Training

UTM Training is the use of real pistols and rifles that have specific barrels specialized to only fire UTM rounds.

UTM rounds fire a much slower rate than a normal bullet would. The tips are made of plastic and if hit may draw a small amount of blood and leave a bruise.

UTM hurts just enough to make you not want to get shot which creates realism in training scenarios.

“W.O.F.T. exists for those who value their time more than anything they would invest in training. Our students experience a lower student to instructor ratio accepting fewer students allows for a high-quality, tailored experience while maximizing efficiency using various training stations in one two-day Scenario class. Firearm Training, Flashlight Scenarios, and Coffee Shop Scenarios.”

“Finally, W.O.F.T. exists for those looking for customized training tailored to the experience level of each individual. From participants with no training experience up to experienced scenario training experts, everyone will learn concepts and practices that will take their personal defense skills to the next level. With an emphasis on family, we work to cater to you and your family’s needs in our comfortable, world-class facility.”