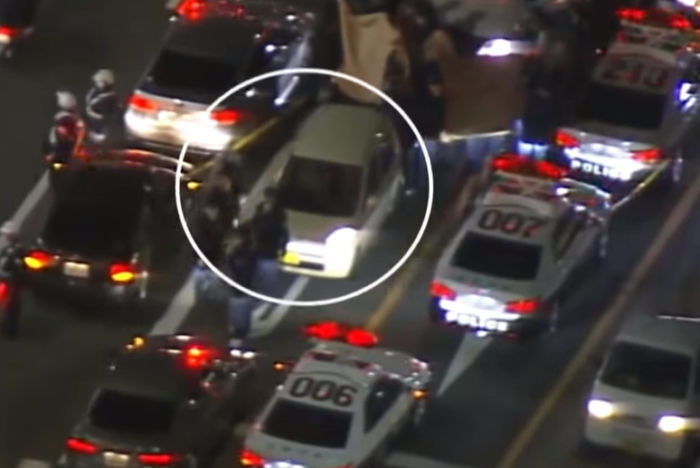 Remember the headlines about a year or two back from various media sources citing how japan has eliminated gun crime? The articles originated from the BBC (You know the news source in a country where memes are banned) and Business insider just pushing the anti 2A agenda and how we should do the same?

Well that was a crock of shit. A single solitary incident just proved that gun control doesn’t work and wont stop killings after a Yakuza member got a hold of an modified m16 (according to the Japanese news article) and smoke checked a senior member of a rival gang.

According to NHKWorldJapan People in Japan are in shock over a violent murder. A senior member of a yakuza crime syndicate was shot in a busy shopping district. And in a country where guns are strictly controlled, the weapon appears to have been an assault rifle.

The shooting happened around 5pm Wednesday in the western city of Amagasaki. About a dozen shell casings were found at the scene.

This is the automatic rifle thought to have been used. Experts say it’s likely a modification of the M16. That’s a model that was used by the US military.

People who live near the scene said they were worried. A man said, “I’m terrified. There are lots of people around at five o’clock.”

A woman said, ” What if I had been there? I could have been hit by a stray bullet.”

The suspect was arrested in Kyoto, one hour after the shooting. He was surrounded by police vehicles. Then he threw a handgun and a rifle to the ground. He’s believed to be an associate of the Yamaguchi-gumi crime syndicate.

The Yamaguchi-gumi number-two, Kiyoshi Takayama, could be a focus of police attention. He was released from prison last month, after serving 6 years for extortion.

Police had been on the alert…