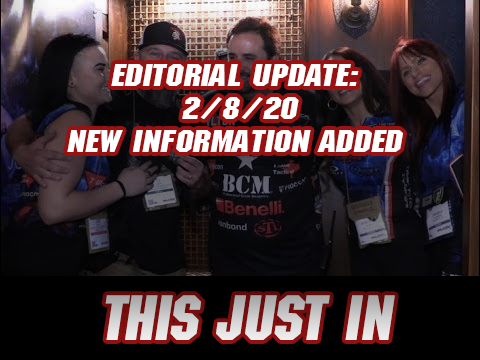 Since the original posting of this article the story has been updated and new events have unfolded.  We would like to remind all of you that FIRST and FOREMOST we strive to bring you an HONEST and NON BIAS spread of the facts..The Narrative originally presented by Ms. Struck has since been a topic of hot debate on the internet because of the fact that, she was reported to have continued a consensual intimate relationship with him for 3 years after the date of the video in question that sparked the controversy and following accusations…make up your own mind, this is the information available at the time of writing- Tactical Shit Content Editor

Since the original post new content has come to light provided by Jennifer Irene, Professional Shooter, who’s original posts can be found on her Instagram HERE:
From what Mrs. Irenne has been posting paints a completely different story, and displays what could be a much deeper and decisive plot than what was originally claimed.

Jen feels she (jen) needs to get the right information out there, and has continued to post to her social media more evidence of what could be a very different from the narrative that was originally presented by Ms. Struck’s comments regarding a sensitive video that surfaced recently.

Jen is not the only one talking, as of today 2/8/2020, Diana Hufstedler, who’s profile can be found here:

Posted this in her Stories: 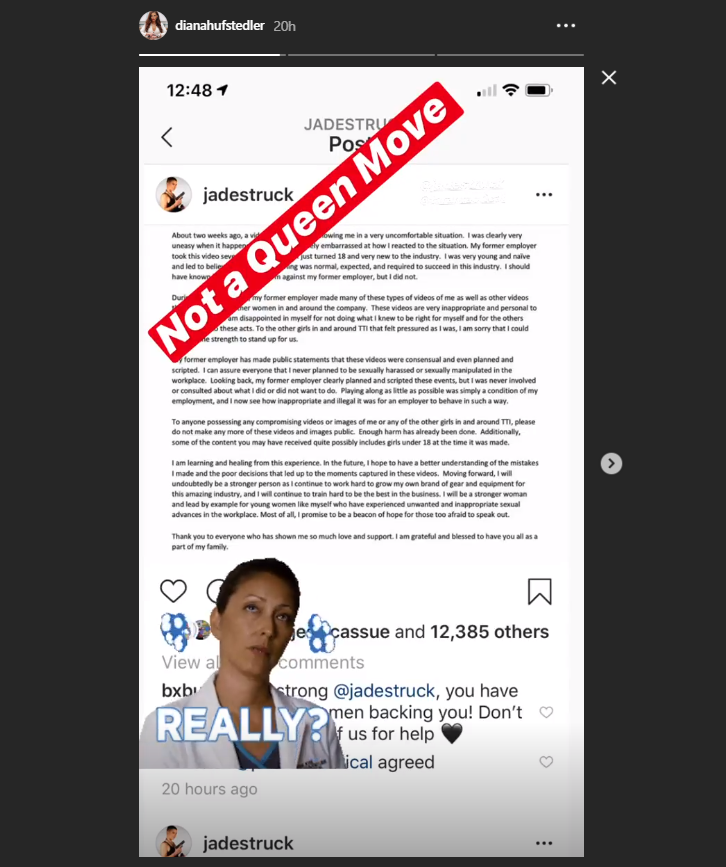 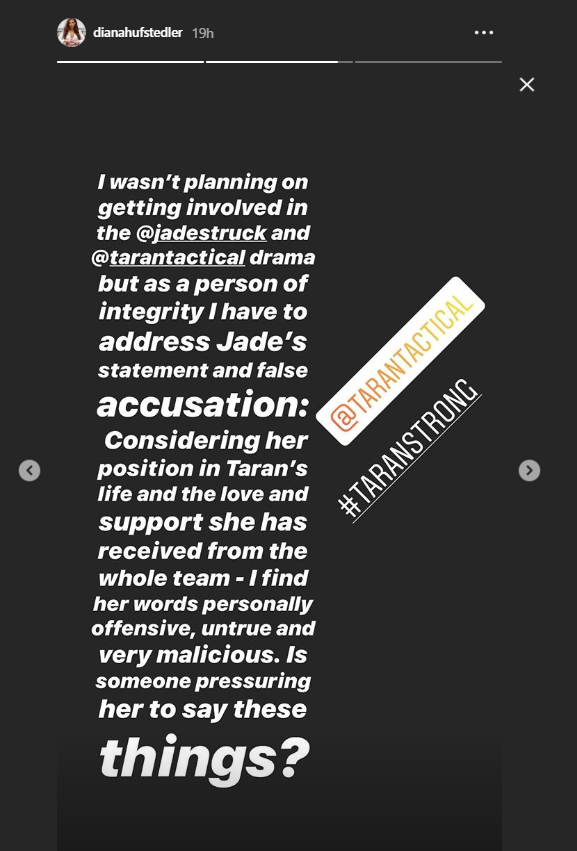 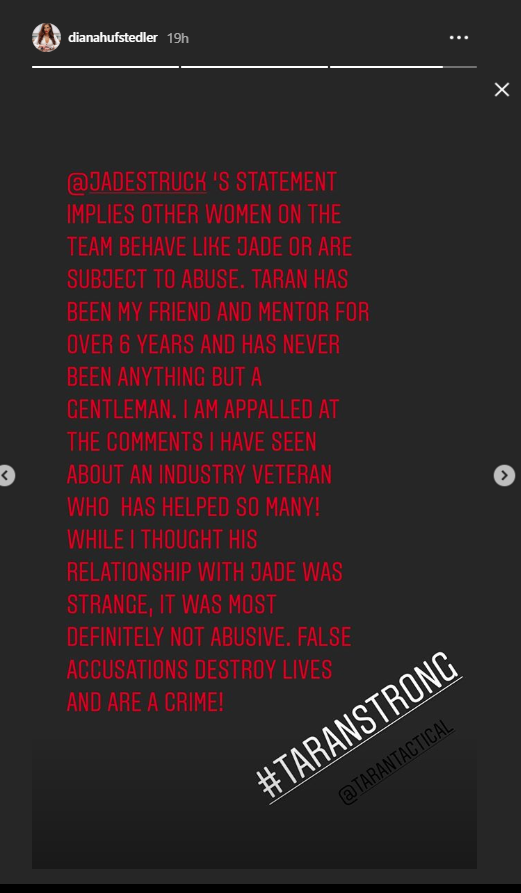 So recently on Tactical TMZ we covered that Jade Struck had left Taran Tactical Innovations and began dating Rudy Reyes.
Yes the same Rudy Reyes that is famous for his role in generation kill an HBO special showing the lives of recon marines during the Iraq invasion.
Jade and Rudi make a perfect couple and Jade has seemed very happy lately as she begins new entrepreneurial endeavors with in the fire arms industry. 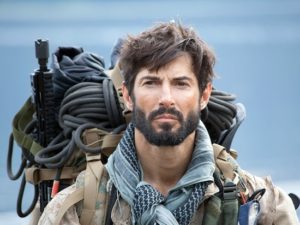 Taran has been noticeably saddened by her leaving the company.  Reports say she was making six figures for her role at Taran Tactical and rubbing elbows with Hollywood elite.
During SHOT Show someone on Instagram leaked a video that apparently shows Taran asking to “see just the edge of precious”. 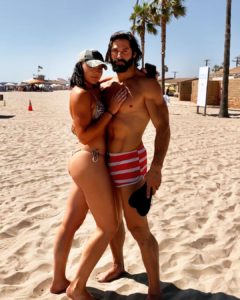 Jade remained silent while Taran issued a statement, however as of the date of this article that statement has been removed,  stating and accusing a former social media manager of stealing and leaking the video to damage his reputation.
Today Jade released this statement on her Instagram account:

“About two weeks ago, a video was published showing me in a very uncomfortable situation.
I was clearly very uneasy when it happened, and I am extremely embarrassed at how I reacted to the situation. My former employer took this video several years ago when I just turned 18 and very new to the industry. I should have known better and stood firm against my former employer, but I did not.
During my time with TTI, my former employer made many of these types of videos of me as well as other videos that were made of other women in and around the company. These videos are very inappropriate and personal to those involved. I am disappointed in myself for not doing what I knew to be right for myself and for the others pressured into these acts. To the other girls in and around TTI that felt pressured as I was, I am sorry that I could not find the strength to stand up for us.
My former employer has made public statements that these videos were consensual and even planned and scripted. I can assure everyone that I never planned to be sexually harassed or sexually manipulated in the workplace. Looking back, my former employer clearly planned and scripted these events, but I was never involved or consulted about what I did or did not want to do. Paying along as little as possible was simply a condition of my employment, and I now see how inappropriate and illegal it was for an employer to behave in such a way.
To anyone possessing any compromising videos or images of me or any other girls in and around TTI, please do not make any more of these videos and images public. Enough harm has already been done. Additionally, some of the content you may have received quite possibly includes girls under 18 at the time it was made.
I am learning and healing from this experience. In the future, I hope to have a better understanding of the mistakes I made and the poor decisions that led up to the moments captured in these videos. Moving forward, I will undoubtedly be a stronger person as I continue to work hard to grow my own brand of gear and equipment for this amazing industry, and I will continue to train hard to be the best in the business. I will be a stronger woman and lead by example for young women like myself who have experienced unwanted and inappropriate sexual advances in the workplace. Most of all, I promise to be a beacon of hope for those to afraid to speak out.
Thank you to everyone who has shown me so much love and support. I am grateful and blessed to have you all as a part of my family.