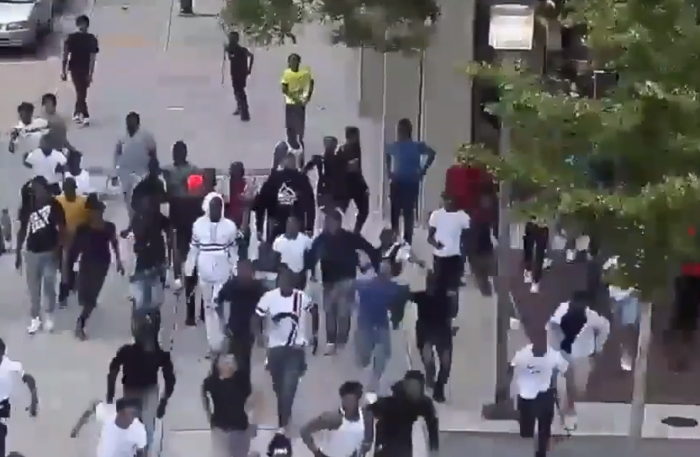 Hundreds of Teens attacked and robbed Random people in Baltimore on saturday. Apparently this is the second time in two months that this has happened.

Baltimore Police say they made six arrests after hundreds of juveniles gathered at the Inner Harbor Saturday night.

Officers received an initial call for the large group at around 6:30 p.m., followed by reports of fights breaking out according to WMAR2

On Twitter, Baltimore’s Fraternal Order of Police Union President, Mike Mancuso called the situation dangerous for police and unaware citizens, prompting him to issue a stern warning to officers responding to the incident;

To our officers at the Harbor tonight:
Protect each other and don’t fall into the trap that they are only kids. Some are criminals! Keep the current policies and Consent Decree in mind. If ordered to arrest put the name of the on-scene Commander in all reporting.
Mike Mancuso

In a Facebook post, City Councilman Eric Costello said he was told by police commanders that more than 400 kids gathered at the harbor, and at least one person was assaulted. Costello also said there were several destruction of property reports, and that some of the juveniles were seen running across E. Pratt Street on top of the hoods of cars.