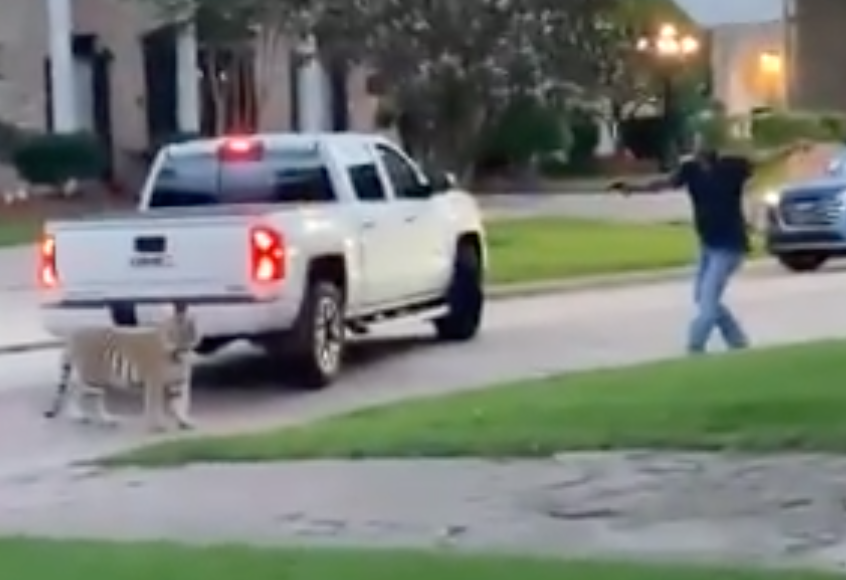 Share this Shit:
First Systemic Racism and now Systemic Speciesism in Law Enforcement.  Eyewitness videos show horrified residents scrambling for cover after a law enforcement officer pulls his handgun on a Tiger just for being a Tiger in public.
The Tiger was minding his own business when this obviously trigger happy racist cop drew down on him saying “No Sir, No Sir, No Sir” Repeatedly as he backed away from the animal with his gun pointed at the poor defenseless creatures head.

The owner is seen gaining control of the Tiger moments later.  The owner then fled the scene because evidently he is a convicted murder out on bond
The man has been taken into custody but the Tiger is still on the loose.
Multiple police sources identified the man as 28-year-old Victor Cuevas. Cuevas, who is currently out on bond on an unrelated murder charge, is known to possess several exotic animals according to abc13.
The search for Cuevas began Sunday after he evaded police. But on Monday, he was taken into custody to the Fort Bend County jail.
He was supposed to turn himself in at 8:15 p.m. at the Harris County jail. Instead, Cuevas’ lawyer said Houston police picked him up at his mother’s house in Richmond and took him to the Fort Bend County jail.
Share this Shit: