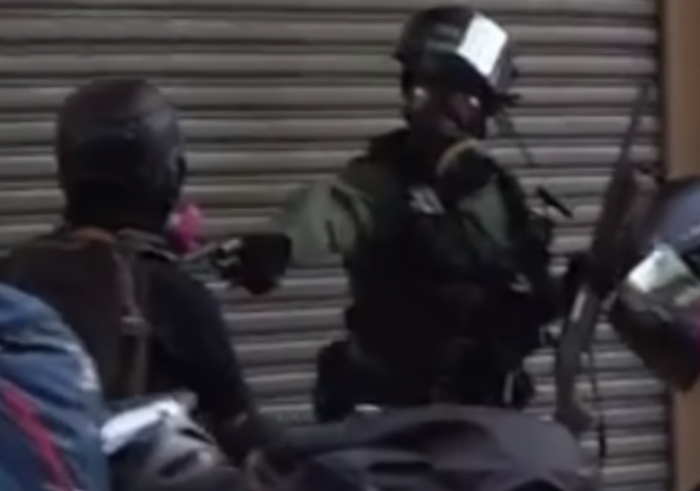 UPDATE: With the demonstrations in Hong Kong we feel its important for this to be known. People who are not even american know what this country is truly about! Your right to express yourself freely without repercussions.

A protestor was shot in the chest with a live round sunday amid the protest. This is the first time this has happened during the 17 week long protest. This is going to set a dangerous precedent.

Our Intelligence has informed us that the Chinese Government is moving troops to the Border with Hong Kong. Everyone should be calm and safe!

And of course the Tyrants are blaming everyone else for their problems according to the Asia Times the China Daily editorial published that day reiterated Beijing’s verdict on a protest movement that has brought parts of the semi-autonomous city to a standstill since demonstrations began in June.

“Judging from the preparation, targeting strategies, riot tactics and abundance of supplies, it takes naivety akin to simplemindedness to truly believe these activities are not being carefully orchestrated,” the state-run newspaper’s editorial said.

It further stated that the demonstrations are a “color revolution” orchestrated by local opposition politicians in collusion with foreigners, namely the US…
Read more!

Demonstrations have shutdown the city’s airport for a second consecutive day and put the entire Chinese city on edge. pic.twitter.com/ZrYE5DzZYU

🇺🇸 Why are you carrying the American flag?

Things to not look good for Hong Kong. The Chinese Military is lining up outside the border and it may appear that something horrible is about to happen. This just illustrates why the second amendment is so important it prevents bullshit like this from happening.