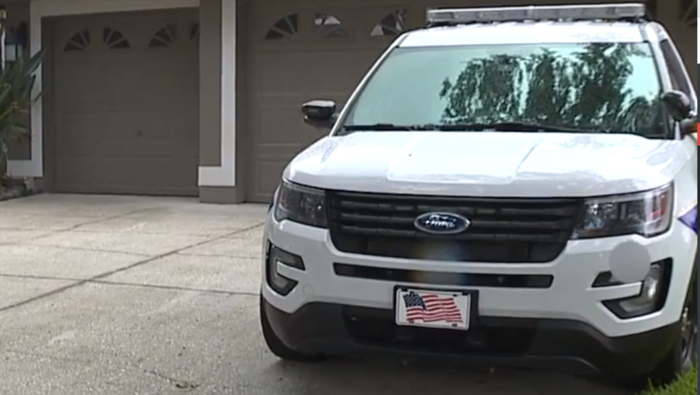 An HOA has told a Clearwater Offcer she has to move her cruiser into her Garage or face legal action even though an opinion issued by the State Attorney Charlie Christ in 2005 says otherwise.

According to abcactionnews the officer is facing an ultimatum in her East Lake neighborhood: Stop parking her marked police cruiser in her driveway, or pay hundreds of dollars in violation costs.

“The first thought is, it a joke? Like this is the most absurd thing I’ve ever heard of,” said Dan Parri, a family friend speaking on behalf of the officer and her husband who is also in law enforcement.

“Every place that I’ve ever lived, if I had a police cruiser parked next to me I felt safer,” he said.

State law says HOA’s can prohibit commercial vehicles from parking in driveways but an opinion issued in 2005, by then State Attorney Charlie Crist , a law enforcement vehicle is not considered commercial.

“They don’t have that vehicle for the purpose of profit,” Parri said.

East Lake Woodlands agrees, but says her cruiser is issued by a “government agency” and therefore violates HOA rules.

The Clearwater Police Chief, Dan Slaughter, has come to his officers defense sending a statement late Tuesday: “The actions of this association to changing the…

This kind of shit has got to stop.