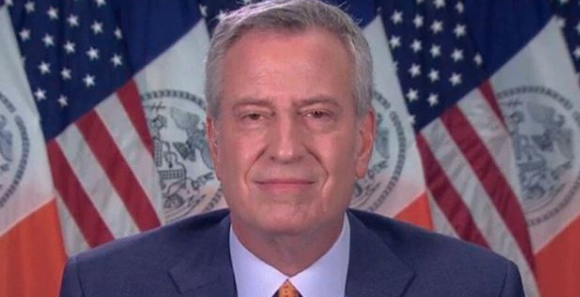 Now, New York City – spanning the five boroughs of Manhattan, Brooklyn, Bronx, Queens and Staten Island – has become a mere shadow of its former self, as the coronavirus forces the population into lockdown. While overall crime rates initially fell in March, rebellion throughout May has steadily spiked, and concerns of a return to the heyday are emerging — but some bemoan that it is only the criminals who have handguns.

So, how hard is it for a regular New Yorker to obtain a concealed carry permit (CCW)? Next to impossible. “New York City is one of the most restrictive CCW jurisdictions in the country, and it is very hard to get. On average it takes between six and nine months. It’s recommended that one use an attorney who is experienced in the process,” Nino Bosaz, the New York-based editorial director of Athlon Outdoors, told Fox News. “The initial application usually results in a denial that must then be appealed. The city does not generally recognize an individual right to carry outside the home, and tie the carry license to a business, where the applicant must prove a ‘justifiable need’ to carry concealed.”

And with much of the city still shuttered for the pandemic and hundreds of inmates released from Rikers Island over fears of further spreading COVID-19, it’s unclear precisely how crime trends will shift in the coming weeks.

Shootings, burglaries and auto thefts at New York’s public housing complexes have soared during the coronavirus lockdown, the New York Post reported, with auto thefts rising 38 percent in the month ending May 10, while shootings and burglaries have spiked 17 percent. However, the other five major crime categories – murder, rape, robbery, grand larceny, and felony assault – remained stable or dropped.

But the issue of overturning the stringent CCW legislation remains ripe for debate, attracting a bevy of concerns from gun control groups who contend that legislation that would lead to more CCWs is a recipe for disaster. On the other end of the spectrum, Second Amendment experts vow that those city laws are a flagrant violation of every American’s constitutional rights — and it is time to make a move on it. “NYC’s State and Federal Courts of the 2nd Circuit, Southern District are extraordinarily hostile to the Second Amendment. This matter will only be solved via the U.S. Supreme Court to take a ‘may issue carry case’ and declare it unconstitutional,” Bosaz added. “Right now, criminals carry with impunity, and even if they don’t carry guns, they can murder you with a knife or their fists. Nothing is more important than having the ability to protect ourselves and our families.”