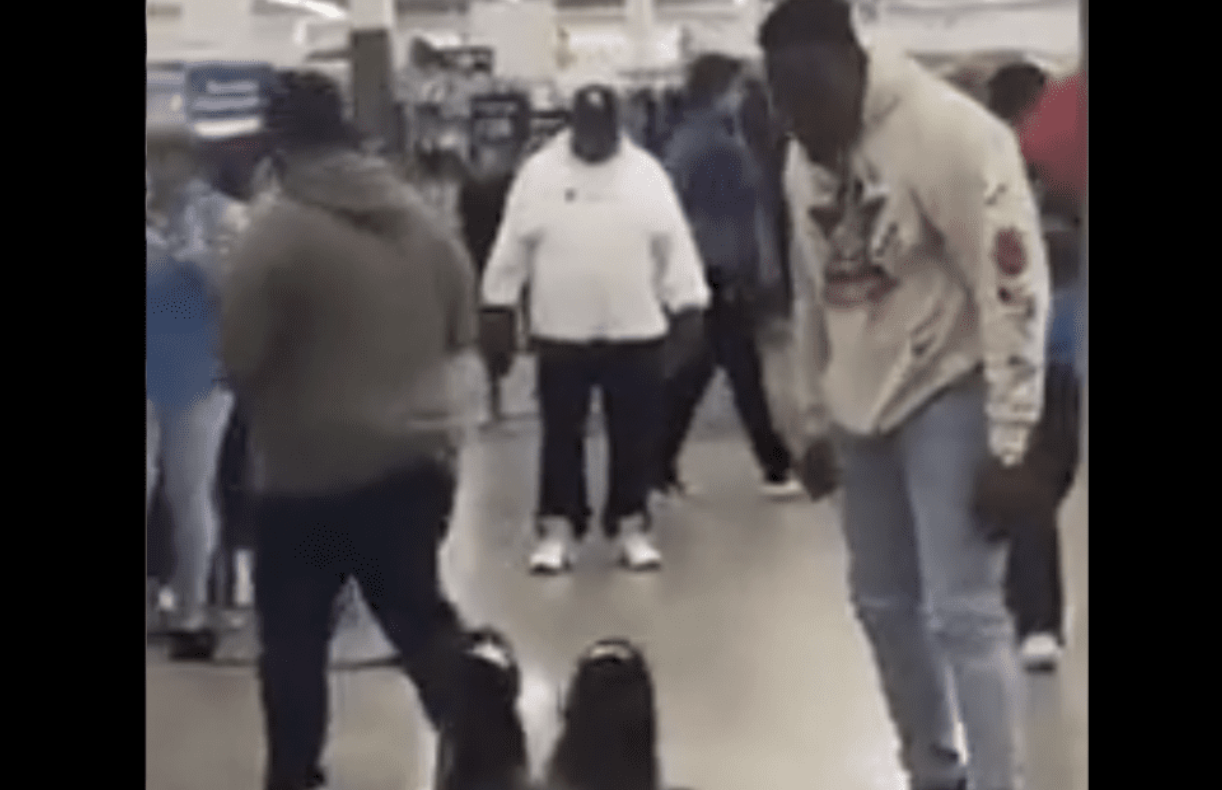 Last week, this thug hit the jackpot after threatening an entire South Carolina Walmart with a knife.

He ended up with a lot more after Air Force veteran Demario Davis decided he’d had enough.

An employee had this to say to Fox4:

“I was at the self-checkout where I work, and the customer came in and demanded $20,” the employee told Storyful. “I saw he had a knife after him yelling demanding $20. I said ‘Oh, he has a knife’ to one of my managers who tried to confront him.”

Another shopper, later identified as veteran Demario Davis, is later captured on video striking the man in the red hoodie with a pole used for the checkout line. The man then falls to the ground, and another witness appears to take the knife from him.

This US Veteran Takes Down Knife-Wielding Man in Walmart 🚨

He didn’t take out his phone to record for social media.

He didn’t walk away and turned a blind eye.

Here’s what Davis had to say to NewsNation:

“I saw the line divider over in the corner when I saw him waving the knife in the young woman’s face. So I just casually walked over there and grabbed the line divider and waited until he wasn’t paying me any attention and then I just went over the head with it,” Davis recalled.

He witnessed women and children in immediate danger and took action – at the expense of his own personal safety.

Boy, aren’t you glad for the Davis’ of the world?

Thank you for your service, sir!